City’s migrant lakhs will have their vote

Elections in newer neighbourhoods with floating populations are set to change; Residents are educating municipal officials

BENGALURU: Elected representatives in Bengaluru rural and north will soon have to sit up and listen, the residents here are to have a larger say in the coming elections. These areas — which includes Kanakapura, Channapatna, Rajarajeshwari Nagar, Hebbal and KR Puram — have a significant floating population and they were not on the voters list. But the 2018 polls will be different, thanks to Election Commission of India’s ‘no voters left behind’ drive and vigilant citizens.

For those who have shifted cities or are first-time voters, the filling up of Form 6 can get them on the electoral roll. This means students or daily wagers who moved into the city yesterday or are living by the streetside can vote. This reform is part of the ECI’s drive launched in July this year, which included giving voter registration buttons next to Facebook profiles. 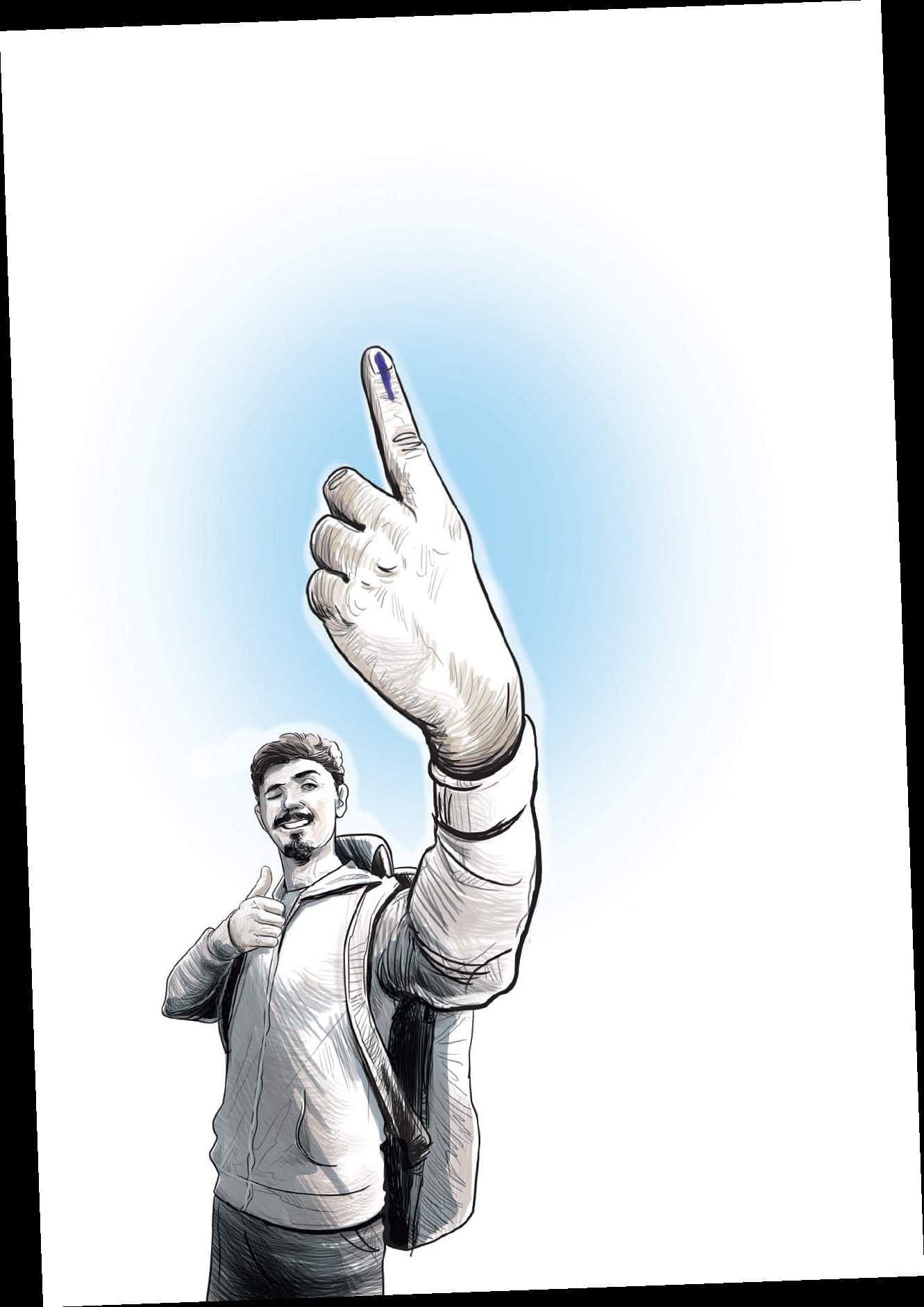 But misinformed officers, technical glitches and lack of information had kept an ever-growing migrant population in the dark, until a resident group in Richmond Town stepped in and set about educating the municipal officials.

They say that they are still facing issues while getting themselves on the electoral roll because they were turned away by revenue officers. Huda Masood from the Langford Town Citizens Welfare Association, which set about correcting officials, says, “You don't need to furnish address proof, even a homeless person can get on the electoral roll. I was asked to fill Form 7, which requires me to go to the old ward office even if it is in another state, but that was unecessary.” Vivek Chand, who had shifted from Basavangudi to Langford Town, too was asked to fill out Form 7.

Even a homeless person can vote, it just requires a booth level officer (BLO) to register him or her under whichever constituency his or her residence falls under. “My family and I had no idea that there was no address proof required to vote. When I went to register myself, I was told by the officer that I had to provide address proof, which I didn't have,” says Kumar from Nepal, who lives in Halasuru, after shifting to Bengaluru to work as a watchman.

Students say they would enroll as voters too, if they had known the process had been simplified. Srishti*, who moved here to study at Christ University, says that she didn't cast her vote earlier afraid of a laborious process. She says, “The corporation should actively conduct awareness programmes for people like us.”

'Fresh votes will make a difference'

Prakash K, who lives in Kanakapura (ward 12), says that in the last few years, the area has seen a lot of expansion, with more and more housing options and people coming in. "If they knew they had a vote, they could help in tackling the ecological damage the Metro rail is causing," he says.

Another resident from Hebbal (ward 21), Murali, says that garbage collection is something affecting his area. Sharing this concern is Kavita* from RR Nagar (ward 160), she says, “Even people who have moved in here are raising objections but no action has been taken. If they had a vote, they would have a voice with the corporators”.

Form- 6:
Application for inclusion of name in electoral roll, regardless of first-time voter or those changing constituencies. — The only form required as per the Election Commission of India.

Revenue officials refuse to register poor migrants because they do not have address proof, says Kathyayani Chamraj of NGO Civic. She adds that there is a need for a central data base of voters. “The post office is the best place to go to register, as the BBMP office is in shambles and online registration is faulty. Automated updating should happen continuously rather than leaving it to revenue officers who only bother during summary revisions.”

20% of 6.8 million population is floating