BENGALURU: Vishal (21), the mastermind in the kidnap and murder of Sharath N (19), the son of an Income Tax officer, had planned the kidnap two weeks earlier and was waiting for an opportunity to lure him out of the city. Sharath was kidnapped by a gang of five on September 12 and his body was thrown in a lake after he was strangled to death that night. Jnana Bharati police, who arrested Vishal and his associates on Friday, took them into custody for four days. The fifth accused Shanthakumar, a cab driver, is yet to be arrested. 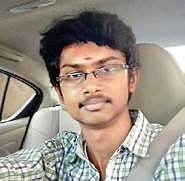 A senior police officer said Vishal and his friend Vinay Prasad alias Vikki had met Shanthakumar two months ago at the RTO office on Ullala Main Road where Vishal was an agent. Shanthakumar, who was in a financial crisis, discussed his problems with them and asked them to identify a person from a well-to-do family who could be kidnapped. He told them they can share the ransom if their plan succeeded.

Initially, they were on the lookout for someone else. Vishal, who came to know about the kidnap plan from Vikki and Shanthakumar, shared details of Sharath and his family. He assumed that Sharath’s father, a soft-spoken person, would not approach police and instead negotiate the ransom for the release of his son. Hence, Shanthakumar and Vikki picked Sharath as their target. They were hoping to get at least `20 lakh. But Vishal had planned that Sharath would have to be killed even after getting money.

As per the plan, Vishal accompanied Sharath and visited his house in the hope of an opportune moment to take him away from the city. On September 12, Sharath’s parents gifted him a motorcycle and he went out to show it to his friends. Vishal seized the opportunity to trap Sharath by telling him that he could take a friend’s Benelli motorcycle for a spin, the police officer said. 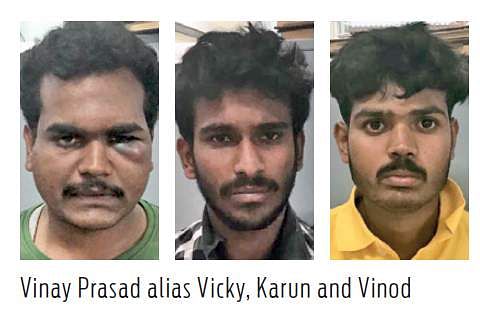 Soon after he was kidnapped, Sharath was taken to Ramohalli near Ramanagara and strangled by Vikki while Shanthakumar, Karan Pai and Vinod Kumar helped him. Vishal contacted the gang at 11.50 pm on the night of September 12 using an alternative SIM card which was in the name of his mother.
After police traced the number and contacted that number, Vishal’s mother received the call. Then police realised that Vishal was behind the crime and he was taken into custody.
When Vishal was grilled on Friday, he tried to blame his associates. But Vikki told that they wanted to release him when police were alerted but Vishal insisted that Sharath be killed.

During the kidnap episode, Vishal had decided to not use his mobile phone and other things that would help police track them. He learnt this by reading several crime stories in newspapers. He was aware of how to avoid such things so that police department would have no clues about the suspects. He had also searched on the internet on how criminals had been nabbed in previous crime cases to avoid making similar mistakes.