We know that rains in the city cause inconveniences such as water logging on roads and power-cuts.

BENGALURU: We know that rains in the city cause inconveniences such as water logging on roads and power-cuts. For around 200 families in Bellandur slums, just a 15-minute spell of rain results in knee-deep waters inside their houses. 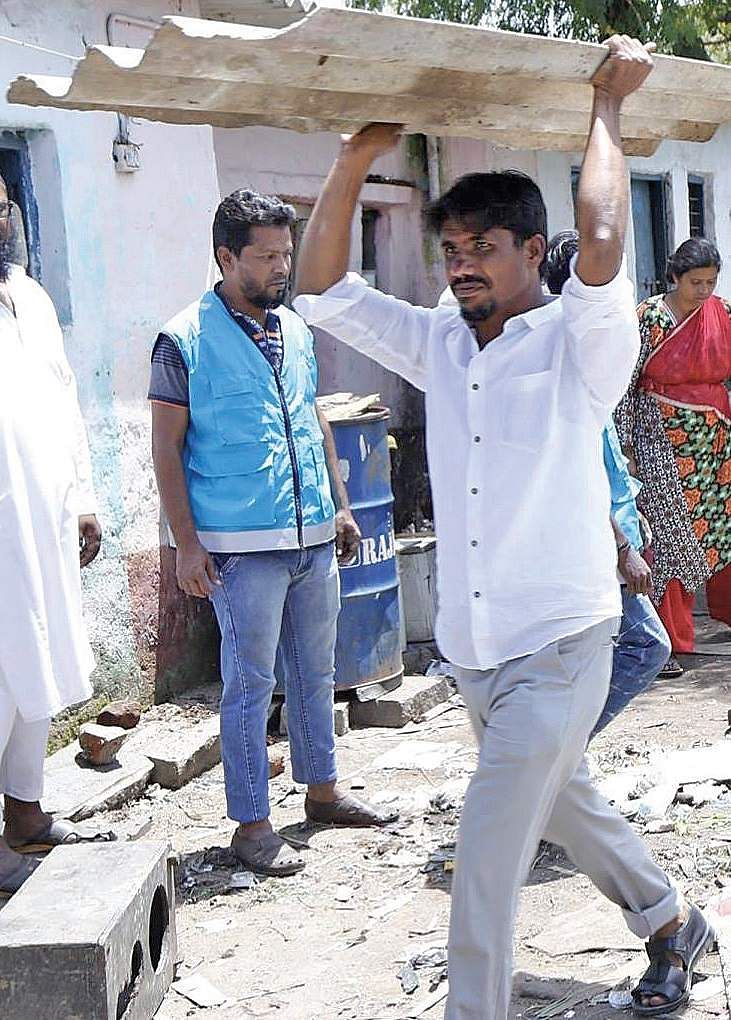 "This happens because the slum is closer to the drainage system and also because it is in a low-lying area," says Mohammad Ummer, an engineer and a managing trustee of an NGO named Project Smile.
Project Smile was launched four years ago to empower slums. The initiative was started by an engineer couple who were shocked to see the plight of people in slums, while working on their company’s CSR projects.

On September 24, the couple along with  25 people marched into three slums in the city including Bellandur and Avalihalli, to spray insecticides and disinfect these areas."During the rains, slums become a breeding ground for mosquitoes and spread vector-borne diseases," says Umeer. "We want to mitigate the damage caused by rains such as diseases, floods and leaking roofs".

When the team went into the slums  at 7.30 am, they saw the entire slum half submerged in water and ducks paddling around huts. The homes have no doors so tarpaulin-covered homes are the worst affected.
"We came from north India where there are widespread floods. To avoid this, we came here but nothing has changed," one of the slum dwellers told Umeer.

Children are the most vulnearable and the team could see them coughing and wheezing.
The knee-deep water was not only rain water but also water from the infection-bearing sewage.
"Bellandur is in news for all the industrial pollutants. During rainy season, this slum area suffers the most, when compared to the surrounding area," says Umeer.

The organisation will continue the drive for three months over the weekends. "We want the people living here to learn how to disinfect and fog their own area. In fact we will be giving one fogging equipment to each of these slums and train them in the techniques," he adds.