‘BMRCL should stop lying to Bengalureans’

Namma Metro is ours, we will be its users for the next hundred years. There should be zero tolerance for authoritarianism, but BMRCL’s conduct reeks of it.

BENGALURU: Namma Metro is ours, we will be its users for the next hundred years. There should be zero tolerance for authoritarianism, but BMRCL’s conduct reeks of it. They have the arrogance to state that they cannot share the DPR of the project they are carrying out for the public.
Remember that BMRCL has failed to provide good integration with the railways at both City and Yesvantpur stations, in the “completed” Phase 1. With Cantonment Station, they say that they decided to shift to the new location in Bamboo Bazaar because of technical, safety and financial reasons.

TECHNICAL
(Under this are four Points stated by the officials.) 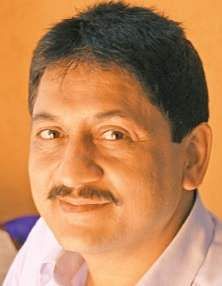 They claim the Curvature of Original Alignment will result in speed of the train dropping to 30kmph, thereby causing a loss of 2 minutes in the travel time between Gottigere and Nagavara. The Metro tracks are designed for 100 kmph speed, but the average speed of Namma Metro is 34 kmph. At the new Metro Station location, there will be 3 Stations within 2 km distance. And these people want us to believe that, in 2 km, they will run the Metro Trains at 100 kmph with 3 stops! To gather a speed of 50kmph, you need a minimum of 500m! Then, the train needs a distance to come to a halt. And the two minutes BMRCL will save from this acrobatics will benefit only the airport users, not railway commuters.

CONNECTIVITY
Cantonment Railway Station has two entrances -- main, which leads to the platform 1, and rear, which leads to platform 2. Both platforms are connected to each other at the western end of the station via an overbridge. The old Metro station location was closer to this western end and therefore connected well to both platforms. The new location is closer to the railway station’s eastern end, which means commuters will have to walk the entire length of the platform which is 600 to 800 metres.

LENGTH OF TUNNEL
BMRCL wants us to believe that the length of the tunnel will be an engineering challenge. Firstly, this exposes the present management to the charge of belittling the resources and expertise available with BMRCL. Delhi has done a tunnel between Central Secretariat and Khan Market (Violet Line) of length 2.53km. Two TBMs bored a distance of 1.775 km and the rest was built by cut-and- cover method. And here, our MD worried about a 1.6Km tunnel.

RAILWAY-CROSSING DEPTH
BMRCL states there is a new rule from the Railway Board that mandates Metro to go at least 30m below the Railway Station for a crossing. Firstly, BMRCL should share that document with the public. Secondly, Kolkata has already completed a 30m Depth Tunnel under water! Thirdly, if this is the issue, should change the entire alignment so drastically? We have a simpler solution. The approved alignment was at the western end of the Cantonment Railway Platform, please move it 50-100 metres further to the west and avoid the tunnel altogether. Yes, the curvature may come close to the station, but the Metro travels at low speeds close to the station.

SAFETY
According to BMRCL, Delhi people are taking huge risk with a 2.53km tunnel. Why is it they cannot improve on what has already been done in Delhi? Yes, they may have to evacuate commuters from Metro trains, but for that there is a clear protocol for this. BMRCL wants to scare us with a scenario of four trains stuck exactly at the middle point leading to evacuation of 8,000 people for 800m! How likely is that?

FINANCIAL
BMRCL states that they will save approximately Rs 1,000 Crore by changing the alignment. First, how did they arrive at this huge figure? The difference is only the length of the tunnel, which is reduced by about 800m. An RTI reply from Delhi Metro gives the average cost of the underground tunnel at `552 Crores per Km. So, BMRCL would have saved around `500 crore. What about losses incurred by the delay in project approved way back in 2014? Phase2 is a project of about `25000 Crores, approved in 2014, with an in-built escalation of 5% allowed per year of delay. At present, it is safe to take the project cost as `30,000 crore and increasing by the day.