Says pourakarmikas will be made part of BBMP with biometric attendance.

BENGALURU: Bengaluru Development Minister K J George on Wednesday promised to have a more efficient system of garbage collection, which would considerably minimise the role of contractors. He was responding to the complaints from a number of Resident Welfare Associations (RWAs). 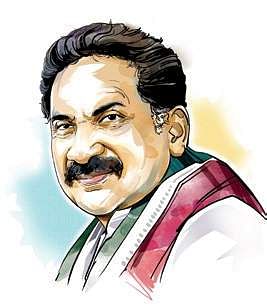 At a meeting with representatives from 70 wards, George said they were trying to remove the contract system for garbage collection. “We will absorb the pourakarmikas as a part of BBMP which will also allow us to enforce the biometric system. Once that system is in, most things will fall into place. We will issue work orders for vehicles and drivers only through the contractors and we will fit GPS on vehicles,” he assured.

He said the requirement for compactors would go up from the present 75 to around 450. George said that his department was setting up a social media cell which would be launched in ten days.
Speaking about the inability to process 4,000 tonnes of waste generated every day at the seven compost units, he said that a pilot plan was being executed at an abandoned quarry in Bagalur, where a scientific landfill is being developed on 4 acres for controlled disposal and scientific treatment of municipal solid waste. We will develop it into parks,” he said.

Representatives from wards complained about contract workers mixing segregated waste with hazardous waste at the dry waste collection centres, about there being no clear demarcated area for  garbage collection, contractors undermining citizens and corporators siding with contractors. Anuradha Govind, representing Mahadevapura area, said they had 5 centres for 17 wards and they were unable to set up a waste aggregation centre as clearnace for it was pending with the BBMP.