While buses and Metro can be considered as the lifeline, people have now plenty of options, including app-based cabs, autos and bike taxis, to choose from to travel.

BENGALURU: The growing competition in the city transport sector for commuters has opened the doors for a wide variety of options for Bengalureans to choose from, and they can now consider leaving their private vehicles back at home.

From a time when the Bangalore Transport Service (BTS) provided pathetic service with run-down buses, with very little to choose from in the 1980s-90s, the much more efficient services of the evolved Bangalore Metropolitan Transport Corporation (BMTC) has gone a long way for citizens to seek alternatives to using their own vehicles. 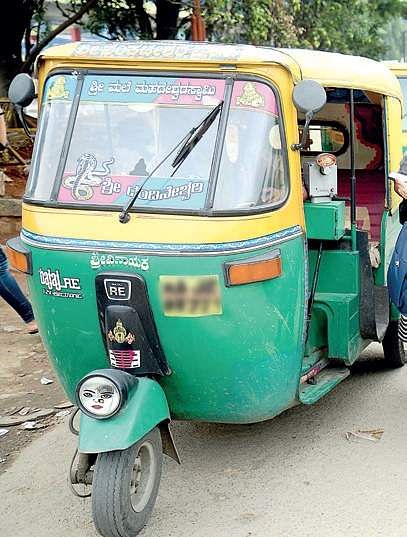 They can now keep their private vehicles for the weekends or holidays while choosing from not only among the buses, but also the cabs and autos. App-based aggregators vying with each other to run things and hunt for profit for their own businesses is making life heavenly for the commuting citizens. And then, of course, there is the Namma Metro too.

It is now the pull-and-push between cab aggregators and autorickshaws that will ensure a smooth ride for the Bengaluru commuters. Although there were worries that the newly-arrived cabbies would absorb auto drivers into their fold, that is not to be. When cab-aggregating firms Ola and Uber began operations, there was almost an exodus of auto drivers who switched to driving cabs or attached their three-wheelers to these services.

However, according to president of Auto Rickshaw Drivers Union, Manjunath M, owing to a drastic reduction in income of drivers working for cab aggregators, several drivers are switching back to driving autos. He said that autorickshaws had not revised prices for seven years due to competition from cabs, but that could change now. The government had sanctioned 30,000 new rickshaw permits, he added.

President of Ola, TaxiForSure, and Uber Drivers and Owners Association Tanveer Pasha said that while drivers with Ola and Uber were initially earning up to `1 lakh per month, it had now come down to around `15,000. This is discouraging many auto drivers in the city who were initially lured by the cabbie income, only to realise now that it is better to just stick on and improve the service using the three-wheeler, which have been the face of Bengaluru for over decades.

More options on the cards

Manjunath said, “Some union members had tried to launch an aggregating app for autos and cabs, but were not able to raise the initial capital required. However, we will try to start the app now.” Such an app would provide more options to commuters. A few aggregating apps did start after Ola and Uber, such as Taxi for Sure, but they have not able to compete with the two major players.

Assistant professor in the department of civil engineering of Indian Institute of Science (IISc), Dr Ashish Verma,who is a transport expert, said the advent of aggregating firms would have impacted business of autos, and had even changed the travelling behaviour of commuters who are now used to travelling in greater comfort.

However, a certain number of auto rickshaws will remain in operation because low-economic sections will continue to use them, he said. “If electric rickshaws are introduced as a promotional policy by the government, it may increase the number of autos,” he said.

In spite of Ola-Uber’s duopoly, other start-ups could try to tap into the city’s market, offering more options to customers. Namma Tygr app, owned by JD(S) leader H D Kumaraswamy, was launched last year but has not yet taken off as it has not applied for a licence.Another new player called Public Taxi has claimed to offer 25% cheaper rates than those of Ola and Uber and will begin operations in a few days.

Stay up to date on all the latest Bengaluru news with The New Indian Express App. Download now
(Get the news that matters from New Indian Express on WhatsApp. Click this link and hit 'Click to Subscribe'. Follow the instructions after that.)
TAGS
commuters Bangalore Transport Service bus metro