No one to broker peace in city flats

Residents of apartments have a tough time forming associations and resolving disputes; it is a long process and laws are outdated.

BENGALURU: How much can it cost to paint an apartment complex with 500 units? Namrata Kumar, who resides in a row of flats in RT Nagar, was taken aback when her building association said it cost them `4 crore.She is sceptical but can do little to challenge it.

She is lucky that her building has an association to run its matters smoothly – many apartments have not registered an association, since there is a lack of strict laws that mandates this. Where associations have been formed, the process of registering, filing and solving apartment complaints is tedious.Despite that, 12 to 15 such cases come every month to the senior inspector of Cooperative Societies, Nagesh Shetty.  He says, “Depending on the authenticity and severity of the case we solve them immediately." 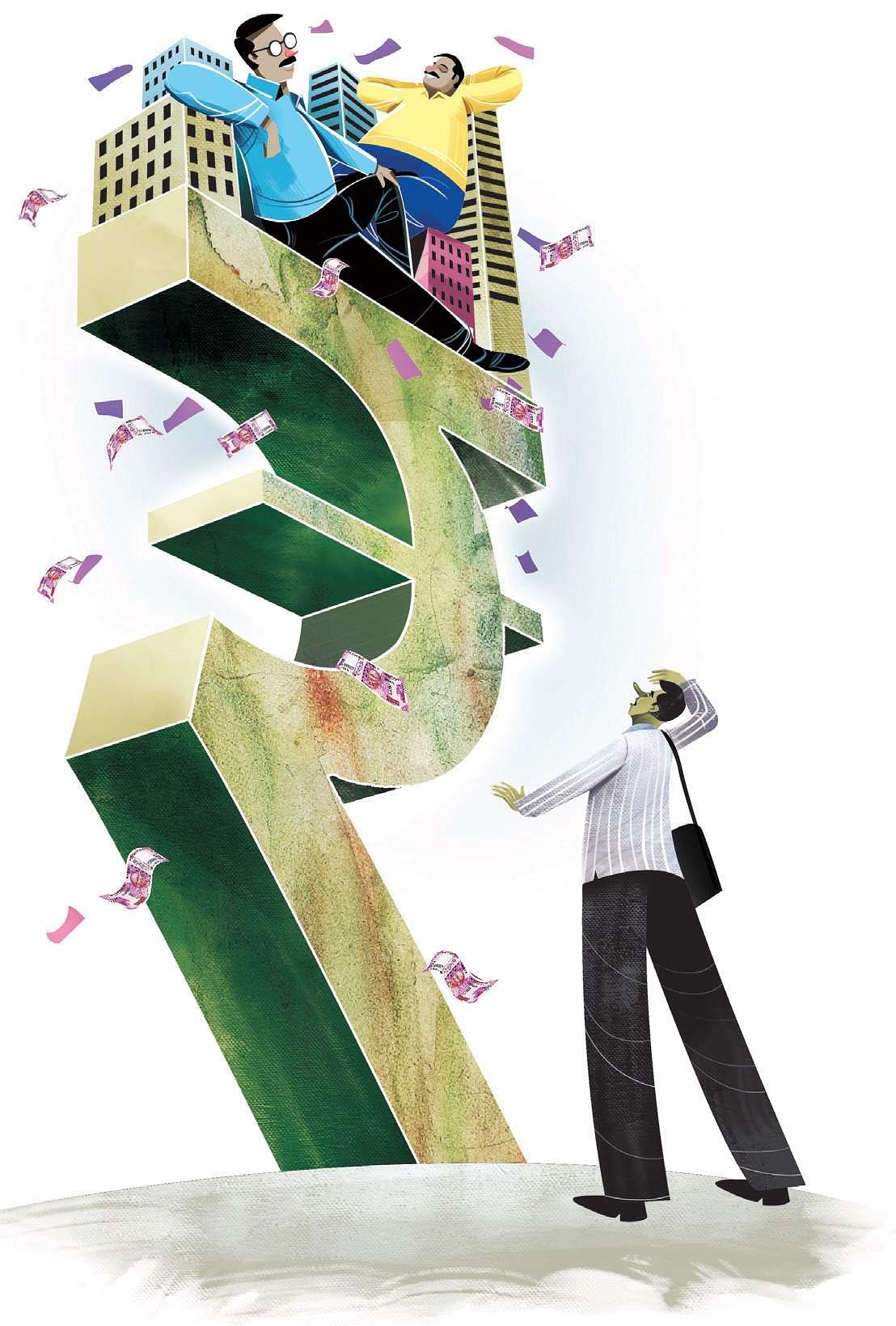 As per the revised guidance value for 2017-18, the city has added 1,500 flats in the last two years. Even as the city moves towards development with rising numbers of apartments and structures, the laws have not kept up with the pace; old laws continue to be put in practice for these apartments.
If residents are not happy with the management of common funds, they can grumble, raise a hand to question or atmost take them to the Registrar of Co-operative Societies for a negotiation. The registrar can only send the accused a directive, and do little else.

A resident of an apartment in Frazer Town, who does not want to be named, has been trying to collect maintenance charges from one of the occupants."Out of the 8 apartments in our building, one is owned by the builder, however, he refuses to pay the `5,000 monthly maintenance that everyone in the apartment pays, and instead only pays `2000 a month. He has even put up a mobile tower in the apartment. We have filed a complaint against him, but no action has been taken as of now," he says.

How do they vote on decisions?

Ramanathan Ramadass, a resident from Jalahalli East claims to have witnessed fraudulent activities in his apartment association.He claims that there is mismanagement of the funds that are collected as maintenance of the apartment.

"I volunteered as the treasurer in the association when I saw corruption. In a recent project that has been proposed by the association, `30 lakh has been allocated for painting and for putting up bird netting on the 10th floor of the building. In another project ` 5 lakh was allocated for fixing cracked leaks in the apartment. But who will check if these cracks have been fixed?"

He goes on to say that the project got away without even having a majority consensus, "The law requires one-third of the members to be present before a project can be proposed- however that law also has many different interpretations to it."

Hari Haran, president of the housing society defends the allegations saying that all of the activities are within the law, he says, "A general meeting is called for before any project is fixed and to know the contribution of each individual.”

But they do not have to ensure that occupants of every flat participate in the voting. He says, “If we don't have the expected quorum for the meeting, as per the bye-laws, the President can wait for half an hour, and continue the meeting thereafter with the existing members at the meeting… For this present project, we are waiting for the signature from at least 2/3 of the residents."

‘Breach of trust is an offence’
According to advocate Shashank Kumar, "Misuse of funds amounts to criminal breach of trust under the Indian Penal Code 405 & 406. But there are no proper penal provisions under the existing laws governing apartments. Some Apartments charge about `30,000 as monthly maintenance but no one can question how these funds are managed.”  He adds, “After a lapse of 45 years and the entire city being spruced up with apartments, the Government has failed to bring new laws which necessitate (1) Audit of Accounts of Apartment Associations (2) Transparency in Associations (3) Complaint Body Mechanism/ Apartment Ombudsman to deal with Complaints."  He says, "There are several cases in every Apartment but there is no forum to resolve these issues. Currently, one can complain to the Societies Registrar but the law is weak and the hands of the Registrar are tied."

A notice has been sent to the association, from the Registrar of Societies, following a complaint.

Stay up to date on all the latest Bengaluru news with The New Indian Express App. Download now
(Get the news that matters from New Indian Express on WhatsApp. Click this link and hit 'Click to Subscribe'. Follow the instructions after that.)
TAGS
apartment Karnataka Apartment Ownership Act

Identity of India must be kept intact when you exercise right to speech: Ravi Shankar Prasad