To build a civilisation

It’s always a gamble when you try out a game in the early access stage — it can either be a really cool idea translated into an in-progress game (with several glitches) where you involve yourself.

BENGALURU: It’s always a gamble when you try out a game in the early access stage — it can either be a really cool idea translated into an in-progress game (with several glitches) where you involve yourself through the process of the game development, or it can be an idea so new that it borders on being too eccentric and abstract. 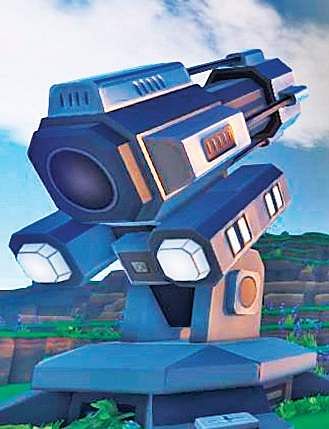 In the league of good ideas translated into a decent game in Early Access is the lesser-heard ‘Eco’, which works on an environmental theme.  It requires you to build a civilisation, which resembles a Minecraft environment, but with smoother graphics. At the end of an arbitrary period, a meteor hits Earth. But you should have by then, built a civilisation strong enough to weather its impact. I didn’t get too far to see my civilisation grow yet. It’s a painfully slow process, especially when you are used to rapid movement in platformers. I’m still cutting trees for wood and picking flowers in meadows that I walk through. The ‘Build your own civilisation’ games are a little hard to work with when you are not familiar with the format. They are like a first-person, non-automated version of Farmville. However, Eco works intuitively.

You can interact with almost anything around you and figuring out the right way to use and place the tools.
The ecosystem in the game is also simulated — which means that although you must use the resources around you to build (that is the primary goal), the result of your hunting and chopping trees also has an impact on the environment. The population dynamics of the environment around you responds to your decisions (species can go extinct, you could lose access to food if you pollute rivers by over-mining!). The game even generates data for you to analyse and change things accordingly! You can fast-forward the speed of game time; meaning you can play for a period of a few years within a few minutes of gametime. The game is constantly simulating on the cloud, and it allows for cooperative multiplayer modes. I can hardly wait for the final version of this science-backed simulator to go mainstream.

Stay up to date on all the latest Bengaluru news with The New Indian Express App. Download now
(Get the news that matters from New Indian Express on WhatsApp. Click this link and hit 'Click to Subscribe'. Follow the instructions after that.)
TAGS
game civilisation