With an aim to revive the light music culture, Pandit B V Radhakrishna along with his team has started a project Kavya Sinchana.

BENGALURU: With an aim to revive the light music culture, Pandit B V Radhakrishna along with his team has started a project Kavya Sinchana. The Hindustani classical artist Radhakrishna feels as the younger generation is more exposed to western culture, they are not aware of how meaningful are the compositions of Kannada poets such as Kuvempu, Bendre, DV Gundappa, HS Venkateshmurthy. 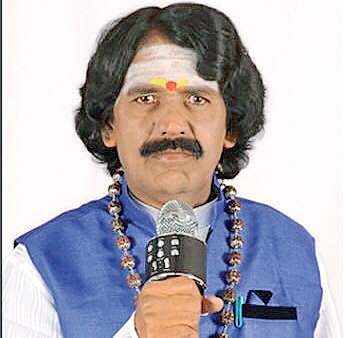 He says, “Kavya Sinchana has been an effort to make light music reach a greater audience by rendering popular light music numbers, be it Bhaavageete, patriotic or folk. Our team comprises of singers such as Sridhar Iyer, H Krishnamurthy and Raghu Kannan and other accompanying artists. We travel throughout the country and render light music songs.

We have received appreciations regarding our performances and efforts on social media.” As part of the project by Swara Surabhi trust, a group of singers including Radhakrishna go to teach people in different parts of the state for a span of two to three days and the best ones get an opportunity to stage their performances in one of their upcoming concerts.

Greatly influenced by the musical environment at home, Radhakrishna wanted to learn music and take it up professionally. But, his father was not in favour of his son taking up music as it didn’t earn him much revenue and didn’t want his son to go through this. But determined to take up music, he convinced his father and learnt many instruments. To begin with, he got trained classically (Carnatic) from Vidwan Nagesh Rao, a Carnatic vocalist in Davanagere at the age of 10 years. “After 7-8 years of learning from my first guru, I once heard a concert of Pandit Narayan Rao Mirajkar (blind by birth), a veteran Hindustani Classical vocalist from Kirana Gharana.

I was mesmerised and wanted to learn Hindustani Classical music from him and took up my first lessons from my guruji. The classes started at 5 am and if I was late even by five minutes, he would mock at me for being late. I was a regular singer at one of the orchestras and some days it would be late in the night when it would get over and I would sleep at my guruji’s place. My guruji used to wake me up exactly at five for the practice. I would crib about it then but now I realise the importance of it,” says Radhakrishna.
He later shifted from Davanagere to Bengaluru for his further music training. Presently, he runs a music school Urugachala Sangeeta Vidyalaya (in the name of his guruji) where he trains students in Hindustani vocal, tabla, keyboard and harmonium.

He has rendered enormous Hindustani vocal and light music concerts and has been entitled with many awards and titles such as Karnataka Kalashri, Panchakshari Gawai Krupa Bhooshan, Pandeshwara Kaleshwara award, Sangeeta Ratna, Sadguru Sri Award and Rasika Shikhamani. To enjoy a light music concert, one can contact Sridhar Iyer on 89046 68815 or Radhakrishna on 93422 26486.