Following repeated complaints from train passengers about the harassment suffered at the hands of transgenders on board moving trains.

BENGALURU: Following repeated complaints from train passengers about the harassment suffered at the hands of transgenders on board moving trains, the Bengaluru Railway Division has launched a massive crackdown on them during the last three months. A total of 135 drives were conducted and 100 transgenders have been prosecuted so far. 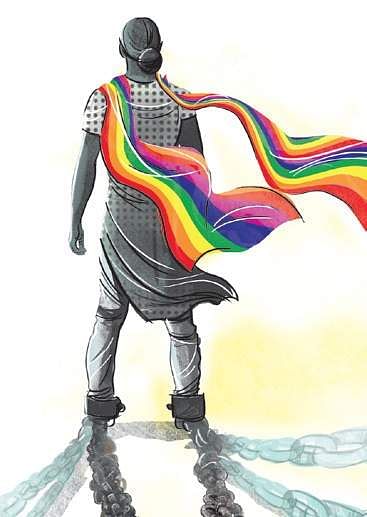 According to top cops of the Railway Protection Force (RPF), numerous complaints have been received on the RPF helpline 182 about how some transgenders board trains at specific points and enter reserved compartments demanding money from most of the male passengers. "The reach of social media has ensured that public now tweet about these problems right up to the Railway Minister," said a top cop.

One particular complainant told us about how a couple of transgenders put their hands in his shirt pockets and snatched money forcibly. "Being mocked at or abused for not parting with money is also a common complaint many passengers tell us," he said.

Another cop explained that while the phenomenon of travelling ticketless by transgenders was common earlier, many of them now purchase general tickets and board trains so that they can establish their credentials as genuine passengers to Travelling Ticketing Examiners or RPF if questioned.
"They enter into both passenger and express trains. They avoid trains or stations where there is presence of RPF," the cop added.

The drives by the RPF were conducted from January to March at Cantonment, Hindupur, Baiyappanahalli, Yesvantpur and Tumakuru stations as well as numerous railway sections, including Ramangaram-Channapatna, Nidvanda-Tumukuru, Gowribidanur- Hindupur, Doddaballapur-Gowribidanur and Baiyappanahalli-Krishnarajapuram. The drive continues in April.

The transgenders apprehended by the RPF were produced before the railway court. "Barring two of them whose cases are still pending in court, the remaining 100 were prosecuted and a total fine amount of Rs 18,200 was recovered from them. The fines charged ranged between Rs 100 and Rs 300 depending on the sections under which the transgenders were booked."

Stay up to date on all the latest Bengaluru news with The New Indian Express App. Download now
(Get the news that matters from New Indian Express on WhatsApp. Click this link and hit 'Click to Subscribe'. Follow the instructions after that.)
TAGS
Bengaluru Railway Division transgenders harassing travellers