BENGALURU: Following several complaints from advocates, City Police Commissioner T Suneel Kumar has issued a circular directing policemen to treat the legal fraternity with respect. He has also instructed that the police, under any circumstance, should not interfere in civil disputes and should not try to settle criminal cases in police stations. 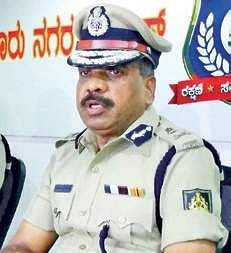 It is learnt that a delegation from Advocates' Association of Bengaluru met Suneel Kumar and other senior officers in the first week of April and submitted a representation. During the discussion, the delegation had brought to the notice of the police brass the problems faced by lawyers in dealing with policemen in their day-to-day work. Their major concern was that when advocates go to police station along with persons against whom a case is registered, the policemen allegedly ill-treat them.

Further, they objected to many policemen settling civil disputes despite there being an order from the state police chief that police should not interfere in such disputes as they have to be decided by courts of law. Also, they brought to the notice of senior officers the issue of policemen trying to strike a compromise between parties even in criminal cases and settle them at the police station level.

Taking note of the concerns raised by the advocates’ delegation, the police commissioner issued a circular to his men directing them to treat advocates with respect whenever they make work-related visits to police stations. Also, the policemen have been instructed to not involve in civil matters at any cost. A P Ranganath, president of Advocates' Association of Bengaluru, told The New Indian Express that he welcomed the move but added that the commissioner should also ensure that his directions are strictly followed by the policemen.

COURT CONSTABLES TO BE CHANGED EVERY 3 MONTHS

The delegation also raised objection to the fact that many constables were working as court constables (those who submit FIRs, and serve summons and warrants) from many years. Taking advantage of this, many of them were recommending advocates, from whom they allegedly got commissions, to accused persons. This had led to only a few advocates getting most of the cases.

Considering the delegation’s request, the commissioner has also directed that constables who are on court duty should be changed every three months on rotation basis. He has also asked them to wear police uniform when they go to courts.