Shortage of funds has played spoilsport for the students of state government schools. This year, the department of primary and secondary education has decided not to hold the summer camp, leaving those eagerly waiting to take part in it disappointed.

BENGALURU: Shortage of funds has played spoilsport for the students of state government schools. This year, the department of primary and secondary education has decided not to hold the summer camp, leaving those eagerly waiting to take part in it disappointed.

The programme was supposed to begin from April 10. But, even after a month of the department declaring summer vacations, there is no news about summer camps at the state government schools.
When contacted, a senior department official said that due to shortage of funds, the summer camp may not be held this year. 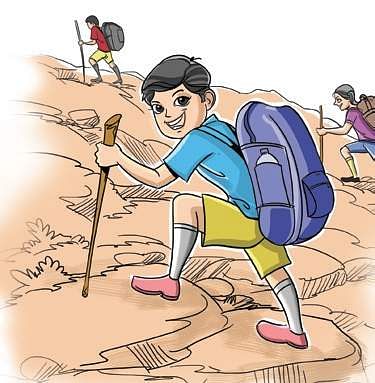 “Entire plan was ready but the department did not have funds for the summer camps. Also, teachers were busy with SSLC evaluation process and assembly elections-related works so we dropped the idea of holding camps,” the official told The New Indian Express.

The department had started summer camps for government school kids from 2017-18 academic year under ‘Swalpa odu, swalpa moju’ programme. It was a huge success and students and parents were eagerly waiting for the summer camps this year too. Last year, the camps were held at 7,049 government schools for students who had completed classes 5 and 6. During the five-week programme, students were taught Mathematics and Science lessons along with extra-curricular activities.

The programme helped students improve their language skills and competencies in other subjects as well. Even mid-day meal was served to the kids. Most of the schools chosen were in drought-hit taluks where the student strength was more than 150.

This free summer camp was started based on the findings of the ASER-2016 report of Pratham, a non-governmental organisation.  It showed that over half the students in rural Karnataka, who have completed elementary education, were unable to do simple division or read easy sentences in English.