Bad roads, drinking water crisis and lack of drains plague areas such as Yelahanka and Byatarayanapura which were included in BBMP limits in 2007.

In the  In the mid-16th century, Bengaluru’s founder Kempegowda made Yelahanka — in north Bengaluru — his capital. A visionary, he protected the lakes, laid good roads and made it liveable. But when Bangalore City Corporation expanded to Bruhat Bangalore Mahanagara Palike (BBMP) in 2007, it brought Yelahanka and Byatarayanapura — which were city municipal councils until then — into its fold, and infected these once better-endowed centres with Bengaluru’s bad roads, drinking water woes and lack of drainage system.

Now, more than a decade later, the inner roads are as bad as before although land prices have shot up owing to its proximity to Kempegowda International Airport (KIA) and a few IT-BT multinational companies, besides the main connecting road to the airport providing a pleasurable ride.
“With lack of vision, bureaucrats and elected representatives have destroyed Yelahanka Town (and surrounding areas). Now, the place has turned into a real estate hub with a number of constructions taking place,’’ says P G Sadashiviah, a retired teacher and a resident of Yelahanka New Town.

Apart from Yelahanka, hundreds of residential apartment complexes have come up in the surrounding areas of Hebbal, Kodigehalli, Byatarayanapura, Yeshwanthpur and other places. Thirty years ago, these areas were on the city’s outskirts or in its neighbourhood; but today, these are well within the city. People moving to these places are mainly new Bengaluru residents, and this is the “New Bengaluru”. Most people here are not native Bengalureans, and many are even from outside Karnataka.

“They might not connect with the MLA elected five years ago, or vice versa. The voting population in these areas too has gone up drastically, and candidates face a major challenge reaching these new Bengaluru voters as they are apartment dwellers,’’ says R C Patil, resident of Kodigehalli.

Due to this “broken-bridge” syndrome between the prospective voters and the aspirants to the assembly seats, the residents feel, issues faced by them are likely never to be redressed. They feel this is the reason new Bengaluru inherited and persisted with old Bengaluru problems and which are likely to continue irrespective of who comes as their elected representatives. 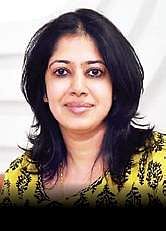 For instance, even in an area like RT Nagar, adjacent to Hebbal, drains are filled with silt, which threaten to flood the area during heavy rains. “We do not know when was the last time they removed silt,’’ laments Narasimha Reddy, who owns a paint shop in the area.

There are also disgruntled sentiments among those who were engaged in farming in these areas. Krishnappa from Allalsandra in Yelahanka says, “We were doing farming in these areas ... we gave them our land to make way for their new dwellings ... but today we are literally on the roads,’’ he said, adding the Siddaramaiah government’s various ‘bhagyas’ are done only keeping voters in mind.

In Kodigehalli, that falls under Byatarayanapura close to Yelahanka, although roads are relatively better off and a number of parks and trees exist, the area lacks local bus connectivity. “When we moved here some 18 years ago, we did not have proper bus connectivity. It is the same even today. Although, real estate price shot up multiple folds and we are part of BBMP, BMTC does not ply buses to here from Market and Majestic areas. BMTC authorities say they do not get sufficient revenue here, after all they are not making business, they have to do it as service ... we had approached the MLA and councillors, but in vein,’’ says R Venkatarama, a retired Postal Department employee.

Residents of Sanjayanagar’s various layouts built by HMT, University of Agricultural Sciences, Post & Telegraph, AGS, NGEF and ITI, complain of lack of centralised marketplaces. This has led to vendors encroaching upon footpaths with their pushcarts, and forcing pedestrians — young and old — to walk on the roads, at a grave risk to their lives.

A Metro-connected Yeshwanthpur has brought relief to its residents, but bad roads and lack of proper drainage system perpetuate their misery. “For the last six years, things are turning worse. Heavy rains bring water into our houses and shops, making our lives miserable. Last time, when I lost valuable items due to flooding, the local MLA came and assured that matters would be rectified. But we faced a similar problem during last weeks rains too,’’ says Jayanthi, a shopkeeper at Bayyanna Layout.