Not Another Update on Simulator Games!

Initially, I thought that the time was ripe to discuss different zombie varieties in apocalyptic games.

BENGALURU: Initially, I thought that the time was ripe to discuss different zombie varieties in apocalyptic games. But after stumbling into another few treasures (courtesy Steam and Itch.io) — it was decided that this article is going to be another update on some imaginative but mostly pointless simulators 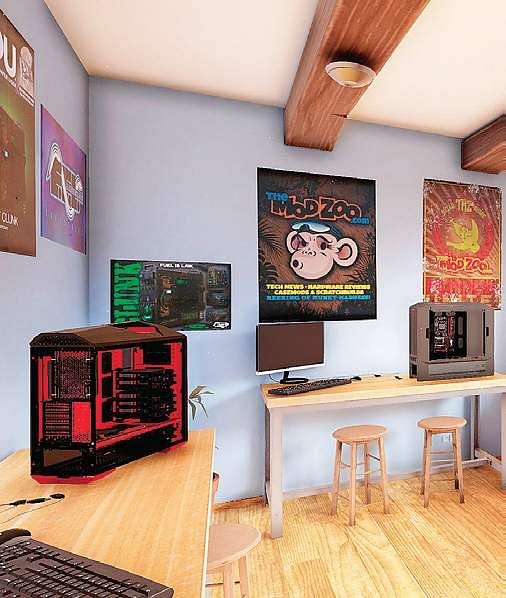 When the trailer said, “With real partners”, I first believed that the entire game was a farce and a huge ad for some nice PC hardware companies. The game lets you customise your desktop computer by purchasing the various internal components that make a monstrously fast and gamer-suitable PC and makes PC-building feel not as boring as it actually might be. Don’t forget to cool the GPU and don’t buy the game unless you really enjoy customising your PC.

Seedship: This isn’t the typical sandbox style simulator — but it has a brilliant premise. The game is free-to-play online and is text-based. You (as the protagonist) are a sentient AI trying to identify a new planet for a thousand citizens who have fled the Earth. The game lasts hardly a few minutes (although you can replay it to get different results), but is an enjoyable and costless waste of time.

Jelly Mario: Although technically not a simulator or even a proper game, it is an entertaining parody (and also free) of a game that we all know and like. Jelly Mario is slow moving, and has appropriately dreary music to suit the slothness of the in-game graphics.

Simulacra and Sara is Missing

Simulacra is like SIM, where you find the phone of a missing woman, and piece the clues together to find what really happened. SIM is available as a mobile app (and is best played that way) and is a neat and horrifying trip of a game.

There are a few others that I found, but they aren’t really worth describing. ‘Puke simulator’, for example is self-explanatory — however, playing the game is actually less squeamish than how it sounds. Crazy simulators are the way to beat toxic boredom!