In memory of musician, 22 patriotic songs to be released in the city

BENGALURU : Several classical singers in South India have been known to the sing the patriotic song Jayathi Jayathi Bharatha Matha which was composed by the famous carnatic music-composer Vishwanatha Sastri during India’s independence. To honour him, renowned Carnatic music artiste S Shankar is releasing a book and a CD called Bharata Bhajanam which includes 22 of the late musician’s
compositions. 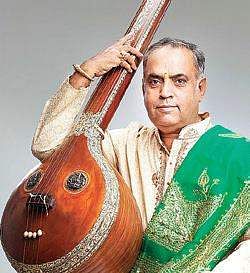 “Many compositions of Sastry’s were taught to me by his sister and my guru Vallabham Kalyana Sundaram and I found them very catchy and wanted to popularise them. This year happens to be Sastriyar’s 125th birth year, and I felt that the patriotic songs in Sanskrit can be brought out with its meanings and notations in English to reach musicians not just in India but all around the world,” says Shankar who has been in the industry for nearly five decades.

The singer says, “These patriotic songs are more relevant today and there is a need to let the current generation know about the greatness of our nation.” It is being published by Prism Book house. The book and the CD will be launched today,  6.15pm at Sri Jayarama Seva Mandali. The songs will also be available on sshankar.com.