Bharat Kurne alias Tamatar (37), a resident of Sambhaji Galli in Belagavi, who runs a dhaba and also sell vegetables, was arrested on August 9. 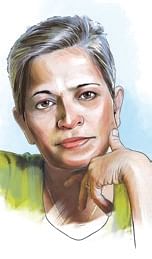 Bharat Kurne alias Tamatar (37), a resident of Sambhaji Galli in Belagavi, who runs a dhaba and also sell vegetables, was arrested on August 9. He was the 12th person to be arrested in the case and named as the 13th accused. He has been accused of actively taking part in the conspiracy meetings held in his room at Shastri Nagar in Belagavi, where the other accused were also allowed to stay. He also allegedly provided his land in Khanapur for practising firing by other accused.

The court, on Friday, had reserved the orders in connection with the petition filed by Kurne’s counsels that he should not be remanded in police custody. When the case came up before the court on Monday, the judge dismissed the defence counsel’s petition and remanded Kurne in police custody for seven days.
Kurne is currently lodged in the Parappana Agrahara Central Prison and the Special Investigation Team, probing the case, will soon take him into its custody.