With dual degrees in engineering and science from the University of Maryland in USA and an MBA from the Indian School of Business, you would think Nitesh Batra, a city-based film producer is in the wr

BENGALURU: With dual degrees in engineering and science from the University of Maryland in USA and an MBA from the Indian School of Business, you would think Nitesh Batra, a city-based film producer is in the wrong field.

Nitesh however feels deeply for causes and that's what made him involve himself in a film project that tells the tale of children in the midst of conflict in Assam during the 80s. Xhoixobote Dhemalite (Rainbow Fields) as the film is named, has been written and directed by National Award winner from Assam, Bidyut Kotoky and has been inspired by true events that happened in the director's life. 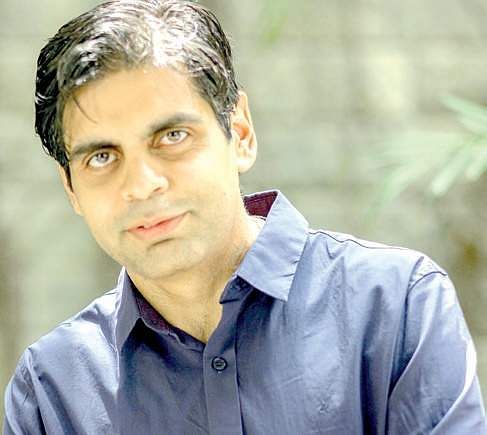 Nitesh production house, Kurmasana Kreates co-produced the film. "It is not just financial and time investment in the film but I got emotionally vested in the project due to it’s script and strong story line. The movie tells a story about every child that has been brought up in conflict struck affecting their childhood deeply and leaving an indelible mark on their growth," he says

The film officially releases in India in Assam on January 16, 2018. It won the Best Feature Film award at the Hollywood Cinefest and premiered at the recently concluded International Film Festival of India (IFFI), Goa. The film has also been selected in many festivals across the world notably the Kids First Film Festival.

The film took two years to make and Nitesh admits that he had a hard time getting financing for his film. Nakul Vaid, the main protagonist of the film, pitched in to become an associate producer for the film.
"We spent a month in the interiors of Assam (Gogamukh) shooting the film. In addition to Nakul Vaid, Victor Bannerjee and Dipannita Sharma, both of whom grew-up in Assam, provide the much needed depth required to play the characters of the film," says Nitesh.

Talking about his journey in film-making, Nitesh says, the transition from an engineer to a film producer was not a simple one. For the last 10 years he has been involved in understanding the nuances of film and television production.

"While working full time to pursue my goal, I went back to school to learn film production, was selected to be a part of prestigious documentary fellowship. While doing my MBA I specifically created a film course. I produced my first feature film in 2013 but we couldn’t release the film. We have now re-shot parts of the film and re-edited it as a web-series and hoping that we will find the right partner to release it soon," says Nitesh.

Nitesh also passionately follows his two other passions - Yoga and Mindfulness. He also conducts workshops on the same and uses film-making and photography to put his point across.