Dr Rohit Shankar, who is the clinical head with SUDEP and Seizure Safety Checklist, has been awarded MBE (Member of the Order of the British Empire) for his work with people with learning disabilities

BENGALURU: Dr Rohit Shankar, who is the clinical head with SUDEP and Seizure Safety Checklist, has been awarded MBE (Member of the Order of the British Empire) for his work with people with learning disabilities.The doctor, son of Mysureans Vidyashankar and Jayashree,  led an effort to framing a checklist, which improved risk awareness and overall safety for people with epilepsy. 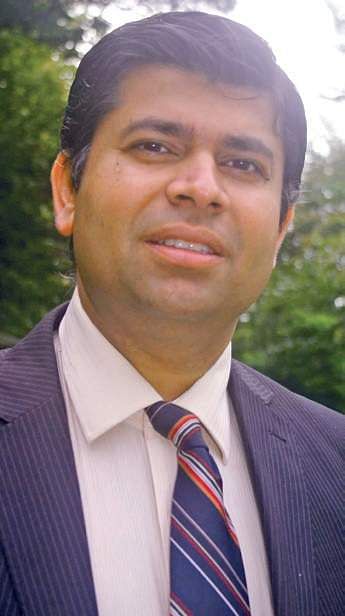 MBE is a rank awarded in the Order of the British Empire, with the other ranks being CBE (for Commander of the Order) and OBE (for Officer in the Order). This is usually given to citizens who have done outstanding service to the community.Dr Shankar was named in the New Year’s Honours List, for his dedication in serving people with learning disabilities, many of who have also survived epilepsy. He is one of the four partners in the UK’s National Health Service-supported EpSMon project, the other three being SUDEP, Plymouth University and Royal Cornwall Hospitals NHS Trust.

SUDEP (Sudden Unexpected Death in Epilepsy) is a UK-based charity that supports people bereaved by epilepsy. They provide various services to families including bereavement support, counselling and help with understanding the inquest process. They also further research efforts by involving the families and professionals in it. They have worked with Dr Shankar for years to research into epilepsy deaths.
Sammy Ashby, SUDEP Action’s Director of Policy and Development, who works alongside Dr Shankar on the Checklist Project, said, “We’re delighted to hear the exciting news that Rohit is receiving an MBE for his work with people with learning disabilities.

He has helped to drive forward research into epilepsy deaths, and through his work in the Learning Disability community has helped the charity provide tools to both clinicians, people with epilepsy and their families that can, and are helping, to improve safety and prevent future deaths… He has always been incredibly supportive of SUDEP Action, our bereaved families and our work. This recognition is well deserved, and I hope it helps to raise the profile of the need to tackle epilepsy deaths.”
Source: SUDEP website.