The commission has issued notices to the schools, and in one case, even passed an order directing the DDPI to recommend disaffiliation of the school.

BENGALURU: A move by several schools in the city to hold back slow learners and not permit them to appear for Class 10 board exams, has resulted in many irate parents approaching the Karnataka State Commission for Protection of Child Rights (KSCPCR). The parents allege that the schools are asking their children not to appear for the board exams scheduled to be held during March/April 2018, fearing that it would affect the school record of pass percentage.

The commission has issued notices to the schools, and in one case, even passed an order directing the Deputy Director of Public Instructions (DDPI) to recommend disaffiliation of the school.
In another case, after the communication from the commission, the Central Board for Secondary Education (CBSE) issued a direction to the school to allow the child to appear for the board exams.

As mentioned in their complaints, in most cases, the children are studying in those schools since Class 1. “My daughter is studying in the school since Class 1 and they did not have any issues all these years. All of sudden, in July 2017, they started saying she has to study Class 9 once again and that she will not be allowed to appear for the Class 10 board exams. I tried to talk to the principal and class teacher. But they turned us down saying she is a non-performer and allowing her to sit for the exams will affect the results of their school,” lamented one of the parents.

In another case, the child was studying in the school since Class 4. Citing the reason that he was a slow performer, the school even conducted an IQ (intelligence quotient) test for the child. “In the IQ test it was revealed that my son has some learning disabilities, but despite this, the school failed to take any special care for him. Now, when he has reached Class 10, they are telling us that he cannot appear for the exams,” said a parent. 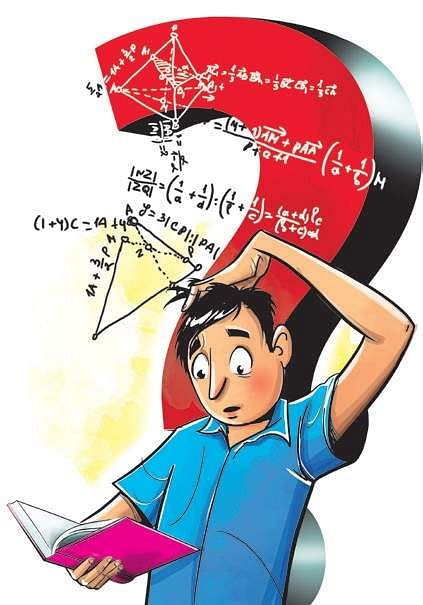 In both the cases where the commission served notices, one school was directed by the CBSE to allow the child to write the exam. However, there has been no communication from the ICSE board, to which the other school was affiliated. “As there is no communication from the ICSE board, we have asked the local officials concerned to recommend disaffiliation of the schools as they violated the affiliation norms and also for putting stress on the child and lowering her confidence,” said a senior official of the commission.
This act by the schools is also in violation of child rights.

Nagasimha G Rao, child rights activist, told The New Indian Express, “The schools should not categorize or discriminate against kids. It is their responsibility to prepare the kids and they should know why that particular child is weak in studies. Not allowing kids to appear for exams just for the sake of their (school’s) reputation is a clear violation of child rights; and the education department must interfere and initiate action against such schools.”

D Shashi Kumar, general secretary of Associated Management of Primary and Secondary Schools in Karnataka, said, “It is absolutely wrong for schools to run behind (pass) percentage. Even as an association, we condemn such practices and advise the management to have minimum humanity and take it in a true spirit.”