Prathibha Ramaswamy had two choices before her as a five-year-old kid — either join music class or dance class. And she chose Bharatanatyam over music.

BENGALURU: Prathibha Ramaswamy had two choices before her as a five-year-old kid — either join music class or dance class. And she chose Bharatanatyam over music. “My mother, Geetha Ramaswamy, was very particular that I take up dance or music classes. I chose dance, but didn’t like going for classes. My mother would tell me that if I stopped going, she would stop talking to me. So without complaining, I went. 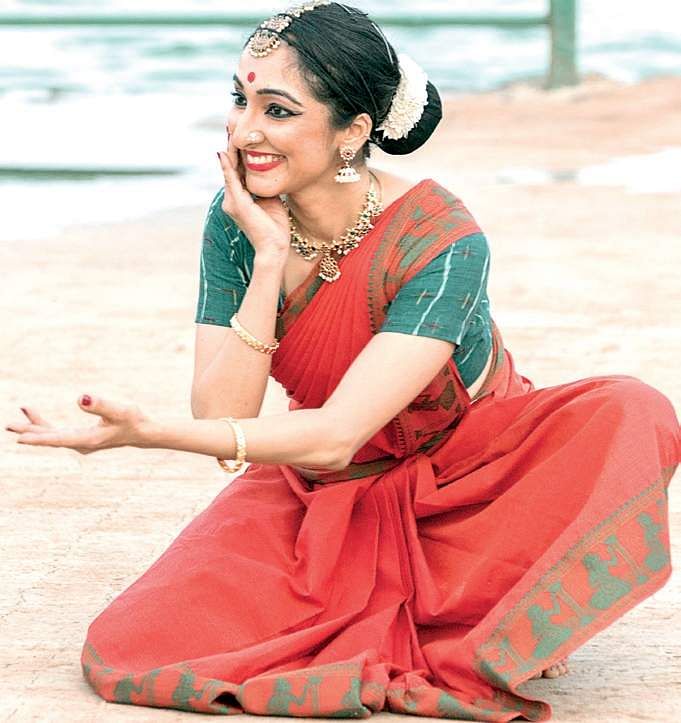 When she was ten-years-old, they shifted to Bengaluru, and she had to change her guru. Her grandmother and mother went to Dr (Prof) M R Krishnamurthy and requested him to teach her, and Prathibha wasn’t informed about this. She was just asked to continue dance classes from him and was taken to Kalaakshiti Dance School.

Her guru was a professor at Kalakshetra in Chennai, and came down once in a month to teach. “The learning period was very tough. My guru was very strict and expected a lot of discipline from us. Unable to cope up his strict attitude, I used to cry a lot in the green room before and after classes. But this has made me a better artist today.”

Kalaskshiti Dance School followed Guru-Shishya parampara. The classes started at 6am on weekdays and during holidays, students spent their time in school from morning 6am to 8.30pm. Prathibha remembers staying back in school overnight too. When she was 16-years-old, she started enjoying the discipline and hard work. After her MSc in Human Development, she did her MFA (Masters in Fine Arts) from Bharatidas University, Trichy.

Least interested in doing a regular job, she chose to pursue Bharatanatyam and taught at Kalaakshiti. She learnt and taught in the school for two decades. With the support of her husband Bharadwaj K Sathavalli, an engineer and a musician (well-known morsing artist), she could achieve more. In 2008, Prathibha started her dance school, called Abhigna Arts Foundation, in Uttarahalli here.

She has around 68 students in her school. “The minimum age to take up dance classes is seven years, I don’t teach students below that. A bit of discipline, hard work and classical dance is what I teach my students. Only after several years of learning, I give them an opportunity to stage their performance, until then, students will not be pushed on to stage,” says Prathibha.

Talking about dancers having their unique style of dancing, she says that every dancer has a baani (a particular school of dance) but of late, most of them don’t follow their own baani. If each of them follows this, they can develop their unique style. Students tend to get influenced and follow their teacher’s style of dancing. “My guru, professor Krishnamurthy, had a good way of overcoming getting influenced by their teachers. He made each of us (seniors) teach junior students so that we could think of new ways of developing our style.”

Prathibha is currently undergoing further training under Vid Sheejith Krishna. Appreciated for her ‘abhinaya’ (expressions), Prathibha has innumerable performances to her credit and has participated in many dance festival. A graded artist of Doordarshan, she is the recipient of the Aryabhata Award. Prathibha has performed many solo as well as group productions at several prestigious venues, a few of them being Dover Lane Festival Kolkata; Kalakshetra in Chennai, Kinkini in Bengaluru, Chidambaram Natyanjali, Kalamandalam Annual Dance Festival in Kolkata, Hampi Utsava, and many more.
Prathibha is also an accomplished Nattuvangam artist, and also one of the driving forces in the dance chapter of Ananya, Bengaluru.