Will ‘Escape Karthik’ give Bengaluru police the slip again?

This notorious 29-year-house burglar is a worry to the public if he is out on bail and a headache for police if he is inside the prison.

BENGALURU: This notorious 29-year-house burglar is a worry to the public if he is out on bail and a headache for police if he is inside the prison. With 70 house-burglary cases against him, registered over more than a decade, Karthik has always given police officials cause for worry. He has been nicknamed ‘Escape Karthik’ in police circles, for having successfully escaped jail three times – twice from police custody and once from Parappana Agrahara central prison. Recently, Kothanur Police who were investigating a theft found Karthik’s involvement in it and managed to arrest him. Additional Commissioner of Police (East) Seemanth Kumar Singh says, "We have recovered one kg of gold and other valuables worth `30 lakh from him. We cracked eight house-theft cases including two in Hassan and one in Mysuru with this arrest.” Though arrest of Karthik has brought a sigh of relief to the residents, especially Banaswadi residents, it has made the police anxious because he is good at escaping from their clutches. 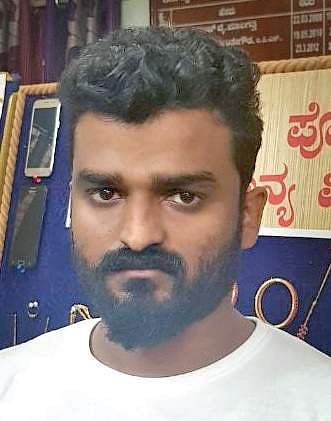 Born into a poor family, Karthik dropped out of school when he was in the sixth standard and living in a students’ hostel. His parents were running a small road-side canteen then. In 2005, at the age of 16, he thieved from a home for the first time and was surprised when he made `10 lakh from it. He assumed that this could be an easy way of making money, formed a gang with another four and started targeting vacant houses. The gang would do their recce during evenings and zero in on houses that had newspapers lying uncollected at the doorstep. They burgled in nights and sold the goods to pawnbrokers.

He was first caught in 2007 by Central Crime Branch (CCB) police when they cracked four cases and sent him to Parappana Agrahara central prison. But little did the police know about his abilities to escape. Within few days, he managed to escape tightly-guarded prison by hiding under an ISKCON vehicle that used to bring food to feed prisoners. It took 45 days for police to nab him again, and that is when the police gave him the nickname ‘Escape Karthik’. His thievery and escape from custody did not end there. In 2010, he was arrested by J B Nagar police and managed to escape, when he was being taken for questioning. Police nabbed him, unearthed 9 cases and he was sent to jail for 1.5 years. In 2013, when he was caught by Banaswadi police, again he managed to escape from their custody and was arrested later.

In 13 years, the police were able to arrest him 11 times (including the recent arrest) for looting homes. There are 70 cases against him. In Banaswadi police station limits alone, there are 18 house-burglary cases against him.

The police sources say Karthik is married and has two children. His wife and his brother live in the city. None of his ill-gotten wealth goes into supporting them, instead, he uses it to fund a lavish lifestyle, say police sources. It is not easy to track Karthik because he is constantly on the move. But his family members report him to the police and have him arrested. The police sources say that his family forgave him the first two times, but when he repeatedly theived, they lost faith in him. His family says that they will only accept him if he reforms his ways.

Stay up to date on all the latest Bengaluru news with The New Indian Express App. Download now
TAGS
burglar Karthik