TeamIndus, which was on the brink of glory, aiming at being the first private company in the world to send a robotic rover to Moon, is watching its dreams crash before its eyes.

BENGALURU: TeamIndus, which was on the brink of glory, aiming at being the first private company in the world to send a robotic rover to Moon, is watching its dreams crash before its eyes. Indian Space Research Organisation (ISRO) has confirmed to The New Indian Express that the company’s contract with ISRO’s commercial arm, Antrix Corporation, to launch its robotic rover has been canceled due to a series of delayed and pending payments, besides several arguments on this issue.

TeamIndus was one of only five teams in the world — and the only one from India — to participate in the Google Lunar XPrize competition with prize money of $30 million. The teams had to land their spacecraft on the lunar surface, make them travel at least 500 meters and send video, data, and images back to Earth. 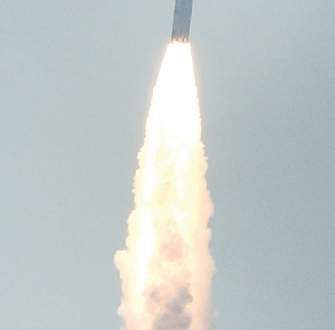 The competition had an initial launch deadline of December 31, 2017, but it was then extended by three months to March 31, 2018. “The reason for the cancellation of the contract was mostly lack of funding. It was supposed to happen, but they could not raise the money,” a senior ISRO official said.

Contract cancelled due to fund crunch
TeamIndus signed a launch contract with Antrix Corporation (commercial arm of ISRO) in 2016 but did not meet its fundraising target of `450 crore and according to the company, only a little more than half of this amount had been raised till late 2017

Nandan Nilekani is an investor in the team
TeamIndus, India’s first private aerospace firm, has former ISRO scientists as well as young specialists. They won a $1 mn prize from XPRIZE for reaching a milestone in development of the spacecraft. Their investors include Infosys co-founder Nandan Nilekani

Google prize money fired their imagination
With prizes totaling $30 million, Google Lunar XPRIZE is a competition to reward innovators who develop low-cost methods of robotic space exploration. To win, a team must land a rover on the moon, make it travel 500 m and send back HD video, images and data. Five teams were chosen from across the world

To a question regarding the failure of the recent launch, he said scientists at ISRO have understood the problem and have done repeated testing to ensure that the problem does not recur in the near future.
According to a release by ISRO, PSLV, which is in its 42nd flight, will launch the 710 kg Cartosat-2 series satellite for earth observation and 30 other satellites which have a combined weight of 613 kg. The launch will be from Satish Dhawan Space Centre, Sriharikota.

Apart from Cartosat-2, the payload will consist of one micro-satellite and one nano-satellite from India and three micro and 25 nano-satellites from six countries -- Canada, Finland, France, Republic of Korea, the UK and the USA.

Annadurai said Chandrayaan-2 is in the final stages of testing and integration and is expected to be launched in March this year.

On Indian Regional Navigation Satellite System (IRNSS), he said following the failure of IRNSS-1H last August, IRNSS-1I will be put into space. Full integration of the satellite is being done by a private industry in collaboration with ISRO, he added.

An exhibition of India’s premier space observatory, AstroSat, was launched by Annadurai at Jawaharlal Nehru Planetarium on Tuesday. The exhibition, apart from highlighting the research carried out by the multi-wavelength observatory, will also consist of a 3D-printed model of the satellite. The exhibition will be held for two months starting January 9.