BENGALURU: Alleged harassment by in-laws drove a 25-year-old woman to end her life at Ideal Homes Layout in Rajarajeshwari Nagar police limits on Wednesday evening. Police have detained her father-in-law Nagaraj and mother-in-law Prema after it was found that they had torn the suicide note.
The deceased is Nirmala, who hailed from Chikkamagaluru. She married Vishwanath, a software engineer, in December 2016. 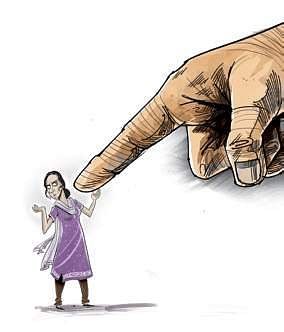 Police said Vishwanath was transferred to Japan three months after he married Nirmala and since then the latter was living with her in-laws. Investigations revealed that Nirmala had contacted her husband on phone around 7pm on Wednesday and reportedly disconnected the call telling him that his parents were troubling her. When he called her back, the phone was switched off.

A police source said, “He immediately contacted his father and told him about the conversation he had with Nirmala. Immediately, Nagaraj went to Nirmala’s room but found her hanging from the ceiling. They then informed the police and Nirmala’s parents. When the spot was inspected, it was found that Nagaraj and his wife had torn a letter Nirmala had written about the harassment. The couple had thrown the pieces of the letter into a dustbin.”

Nirmala’s father Parameshwar Shetty filed a complaint with the police stating that his daughter had complained about dowry harassment by her in-laws.