Till Bengaluru Traffic doth us part…

Instead of tiring themselves out in slow-moving traffic, families including young couples are choosing to live apart and meet on weekends.

BENGALURU: Bengaluru: What comes to your mind when you think ‘Garden City’? Lovely weather, innumerable job opportunities, multilingual people and then -- boom! -- Bengaluru Traffic! This smoke-spewing monster has taken a toll on people’s health, caused many instances of road rage and now is tearing families apart.

Families, including young couples, are choosing to live separately and meet on weekends rather than brave hours on jammed roads. 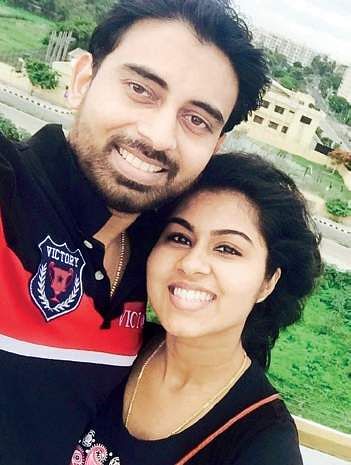 Tanya Shetty, a management professional who married her college sweetheart, dreamt of relaxed years of togetherness after marriage. She and her husband began dating while in Christ College, and after seven years decided to tie the knot last year.

She works near Electronic City and he near Whitefield. “Initially, we braved the commute and lived together. Later, we realised the traffic was making life hell for both of us and we hardly got any time together. We were always exhausted after work and weekends would go by in a wink, catching up on lost sleep. Finally, we decided to stay close to our places of work and meet on weekends”.

Samantha and Richard (names changed) were in a live- in relationship till a few months back. Samantha works for a media house and has to work till late while Richard was a freelancer. Things were going well till Richard decided to expand his business and set up office far away from their home.

Soon they shifted and Samantha found it hard to commute every day with her hectic work schedule. Now both stay separately and meet on weekends.  “I started noticing that the commute was affecting our work and our relationship. That’s when we decided to stay apart. Probably some day when the traffic isn’t as bad as it is now, we shall find a nice little home together” says Samantha.

Not just couples, parents too are tired of seeing their children suffer and enrolling them in hostels close to schools. Sitara Thomson describes what a typical day used to be like in her daughter’s life prior to availing the hostel facility.

“My daughter who is currently studying in eighth standard used to wake up at 5.30 a.m. and rush out of the house by 6.30 so as to reach school by 7.30. The traffic along the 12 km road makes it literally impossible to reach in less than one hour. Her school gets done by 2.30 p.m. and thanks to the traffic at that time, she reaches home not before 4 pm. Remaining part of the day is devoted to her interests, homework and studies, she hardly got 6 hours of sleep. Driving her to dance or music class was anothernightmare… Now she stays back in the hostel and is dropped home on Friday evenings and picked up on Sundays.”

There are young professionals who are choosing to resign from their jobs, to have some semblance of a family life. Vinayak Rao(name changed), a software engineer who works in Whitefield, hails from Hejjala. He has a good job and great pay, and can commute half way to work.

“I have good connectivity from

Hejjala to Byapanahalli but from Byapanahalli it takes around an hour to reach my office,” he says. He moved into a paying-guest accommodation in Whitefield to save hours on the road.

“Initially I was excited to live on my own, then gradually problems set in. I was not allowed to cook at my PG and eating food in hotels took a toll on my health and I decided to shift back home… But the commute got to me, I was frustrated and didn’t get enough sleep,” he says. Vinayak is married now and continues to live in his PG while his wife stays at her home in Hejjala. He says that his marital life is going nowhere and has decided to quit his job to join his family back home.

‘Why won’t govt ask us before blocking roads?’

Ironically, it is work on a rapid transport -- the Metro -- that slows Navya Lingaiah down. This HR recruitment Consultant in RLE International should ideally take 1.5 hours to cover 30 to 40 km from her home in Nelamangala to her office at ITPL(International Tech Park Limited). But the traffic keeps her on road for 4 hours.

Her parents work in Nelamangala and cannot shift closer to her office, and so she has no option but to travel every weekend to her home. As of now, she lives in a PG near ITPL.

The commute from Tin factory to ITPL and back is slowed down because of the Metro construction work. The 10-km road takes an hour and a half to cover. She says, “On weekends, while going home, there are always traffic jams in front of malls and the bus does not move for half an hour or more. When the government decides to block roads and construct anything, should the citizens not be asked first… shouldn’t their convenience matter as well?”

Aishwarya Anand and Roshan Kamalon, who have been married for three years now, have a different story to narrate. “Before marriage, I used to work in Mahindra Comviva and although I have my house and relatives residing in Jalahalli, I used to stay in a hostel next to my office since daily commute was an issue. Then, I visited my family only during weekends,” says Aishwarya. Her husband Roshan Kamalon, an IT professional in VMware, had a similar experience.

“My sister used to stay in Malleshpalya and initially I thought of living with her. However, travelling up and down daily was painful and I rented an apartment near my office.” After having a child, Aishwarya took a break from work and the couple bought an apartment near Roshan’s office to dodge traffic.