It is suspected that the cracker was a faulty one and instead of going up, it went awry and shot off horizontally

BENGALURU: In a freak incident, a 12-year-old boy who had gone to witness fireworks display died instantly when an unexploded sky shot firecracker went awry and slammed on his head. The incident occurred at the grounds of Our Lady of Lourdes Church at Cambridge Layout in Ulsoor police limits on Sunday night. 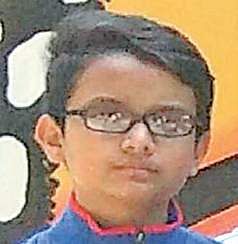 The deceased is S Dhanush, a sixth standard student of Delhi Public School (South). He was the son of S Suresh, a used car dealer, and K Usha, a homemaker, residents of CT Bed at Thyagarajanagar in Banashankari 2nd Stage.

Police said the incident occurred during the fireworks display as part of the annual St Sebastian Feast held at the premises of Our Lady of Lourdes Church. The event was organised in the night and more than 2,000 people had gathered to witness the fireworks.

At the end of the event, a sky shot firecracker was lit. It is suspected that it was a faulty one and instead of going up, it went awry and shot off horizontally. As it hit Dhanush in the head, he sustained a fatal head injury and died on the spot. Dhanush had come to witness the fireworks along with his uncles Santosh and Anil, sister Bhavana, friend Kaushik and two others.

Narrating the incident, Anil told The New Indian Express, “We were standing about 50 metres from the spot where the crackers were being lit. As it was lit, we were looking up to the sky. Dhanush was standing behind me. The sky shot went awry and hit him in the head. He collapsed and died within seconds.”
Further, Anil accused the organisers for not having proper safety measures in place for holding the event. “There were no policemen, no ambulances, nor a fire tender. When such a big event is being held and when they know that thousands of people are gathering, how could they neglect the safety aspects?” he questioned.

Dhanush’s uncle Santosh said he had taken him to the festival a few years ago when he was a little child. “As he had grown up now, we thought of taking him to witness the fireworks again. But it has turned disastrous,” he said.

The Ulsoor police have taken up a case of death due to negligence against the Church management in connection with the incident but are yet to arrest anyone. They said they were awaiting the post-mortem report. However, Father Lourde Bernard of the church management said that the event was organised by St Sebastian Welfare Association. “We are shocked by the mishap and we will cooperate with the investigations.”

Friend had asked to leave

Dhanush’s neighbourhood friend Kaushik, an eighth standard student, said his friend would have not met such an end had he listened to him. “We had watched the fireworks for about 15-20 minutes. I got bored of it and told him that we should leave. But Dhanush was still interested in the show and said he wants to watch it till the end. The rocket that hit him was the last one in the show,” said Kaushik, adding that he will miss his friend with whom he daily played badminton and basketball.

Stay up to date on all the latest Bengaluru news with The New Indian Express App. Download now
TAGS
Our Lady of Lourdes Church Cambridge Layout in Ulsoor