BENGALURU: Getting an engineering degree was a bare necessity to fulfill her parents’ dreams. She never the chased high-paying corporate companies that came to her campus for recruitment. “I was very clear of what I wanted to pursue. So I wrote a letter to the campus committee of our college when I was in my final semester of environmental engineering, asking them to excuse me from campus recruitments,” says Apoorva Sameer Rao, a Bharatanatyam and Kathak dancer. 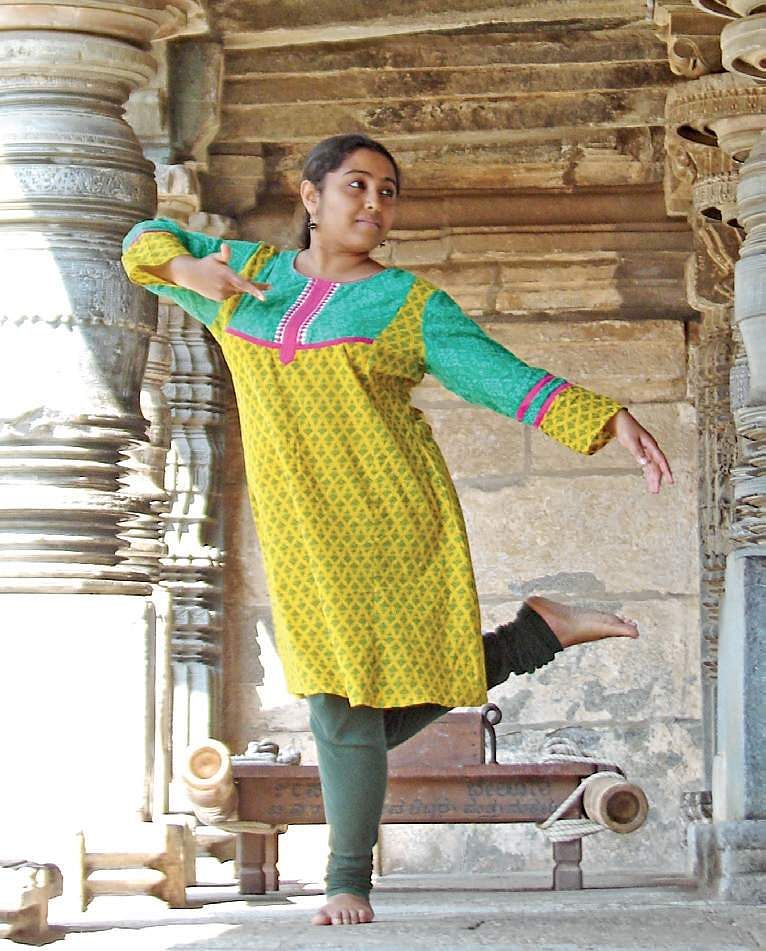 A classically trained dancer in Bharatanatyam, Kathak and Mohini Attam, Apoorva started learning Bharatanatyam at the young age of seven years. “The art of dance was bestowed upon me by Maa Saraswathi and here, Maa Saraswathi refers to my mother Saraswathi, who took interest in getting me to join dance classes after she watched me imitating those moves while watching television. My father, Gurumurthy, also supported me. I learned the basics of Bharatanatyam from Vid Pushpa Krishnamurthy at her dance school, Pushpa Performing Arts,” says Apoorva.

A graduate of JCE College in Mysuru, Apoorva says dance was always on her mind, and she feels she can express better through dance. She has completed her Masters  in Bharatanatyam and won a gold medal in the academic year 2013-2015 from Karnataka State Dr Gangubai Hangal University of Music and Performing Arts, Mysore under Smt Dr Chetana Radhakrishna and Vid Nayana Shivaram. She was awarded the Vidwat certificate in Bharatanatyam from Karnataka Secondary Educational Board in 2010 and did her Arangetram in 2012.

Currently, she is undergoing Bharatanatyam and Kathak training from Smt Nandini Eshwar and Dr Rohith Eshwar at Raasa Vrunda School of Dance in Mysuru and also Mohini Attam from Kalamandalam Suchitra Anil Kumar. “My strengths as a dancer include the ability to grasp, versatility and the ability to perform a particular style in the way it has to be. I don’t get easily confused with different genres of dance. Pictures and shapes were always my way of learning anything from my childhood. Dance is also such art that needs to be remembered through poses. Hence dancing became my passion and as a child I also made time to practice dance irrespective of my academic exams. Now it’s my profession too.” adds Apoorva.

She has particiapated actively in inter-college competitions, has performed in Yuva Pratibhotsav, Mysore Dasara Festival and Yuva Dasara  and in dance productions conducted by Nrityagiri Performing Arts and Research Centre directed by Smt Kripa Phadke, a few by Raasavrunda School of Dance, directed by Smt Nandini Eshwar and Dr Rohith Eshwar, and Brahmavidya School of Music and dance directed by Smt Radhika Nandakumar.

She has given many performances organized by Karnataka State Dr Gangubai Hanagal University of Performing Arts for occasions such as World Music Day festival, national-level dance festival, Mysore, Samvada held at Shivamogga, national seminar on women empowerment held at Sanskrit University, Bengaluru, international seminar on the Maharajas of Mysore held at Senate Bhavan, national-level youth festival held at University of Mysore, and she has actively participated in many other university-level events.

Talking about the social media’s role in shaping her dance career, Apoorva says that it has helped her evolve as a dancer. She could compare her moves with other better ones on the Internet. “Social media networking has played a major part in refining my art. But even social networking sites have to be used judiciously,” says Apoorva.

Married to a flautist, Apoorva has never been deprived off encouragement and support from her husband Sameer Rao and her parents. “Since Sameer is also an artist, he has always encouraged me and we also have plans of working on few projects together,” says Apoorva. Her upcoming projects include Kala Sambhrama 2018 on February 11, 2018 at 1 pm.