City hosted what is supposed to be the first blockchain hackathon by the state govt.

BENGALURU: True to its start-up city tag, Karnataka was the first state to bring the country’s first startup policy. Now, the state is also inching towards what would be the country’s first blockchain policy?
A number of developments are taking place in the area of blockchain technology throughout the world, the least of it being in the area of bitcoin currency. Bengaluru, it seems, is taking notice.

The city hosted what is supposed to be the first blockchain hackathon organised by the state government starting on Friday. The aim of the hackathon, that went on till Sunday, is to use blockchain technology in various aspects of governance. 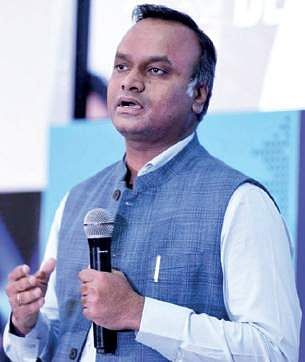 City Express interacted with R K Srivastava, advisor to the government, Department of Information Technology, Biotechnology and Science and Technology, Government of Karnataka, who was overseeing the hackathon. He says, “This is not only the first hackathon organised by a state government in the state but in the entire country.”

Srivatsava further says that an event such as the hackathon is a way to engage the entire blockchain community and to learn about the latest that is happening in this space. “To further brainstorm on the issue, a blockchain conclave will be conducted on February 15. Any engagement of this sort is a step to drafting a white paper, which in turn is a step towards a policy,” he says.

Priyank Kharge, Minister for Information Technology, Biotechnology and Science, and Technology, says, blockchain technology is still at a very nascent stage in India and Bengaluru. At the hackathon, participants were given five used cases to understand if it can be adopted to solve a number of governance problems. “Once this (hackathon) is done, we will come up with white papers and used cases of what we have been doing in the last two days.

The conclave, in turn, is aimed at understanding blockchain technology across various verticals and sectors including cryptocurrency. We want to see if all the use cases can lead to a policy framework. We can start encouraging people in this technology. As usual, the government of Karnataka wants to have a first movers advantage.”

What is Blockchain technology

Blockchain, is a continuously growing list of records, called blocks, which are linked and secured using cryptography. By design, blockchains are inherently resistant to modification of the data. For example medical records of a person can be stored in such a way that each and every aspect can be recorded with a timestamp.

Experts say that blockchain tech is not prone to be duplicated or easily accessed or modified as only two parties - one who sends and one who is authorized to access data - can access data without a third party being involved.