Rahul Khanna, director of Azure Hospitality that owns Mamagoto, Dhaba estd 1986, Delhi, Sly Granny and Foxtrot, tells us about his ancient Greek hero and why religious texts should never have been wri

Your favourite fictional character and why?
The boy in Sidhartha by Herman Hesse – because he is a perpetual seeker. 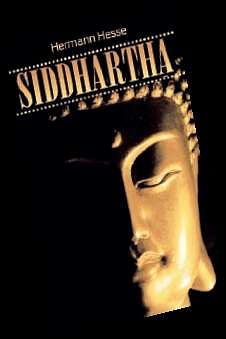 Few lines you got from a book, which you would never forget?
“You die thrice – when you take your last breath, then when you are buried and lastly when your name is taken in conversation for the last time”

Five top books released in 2017, according to you.
(Not sure if all are 2107 but recent enough) Post Truth (Mathew D’ancona). The Sixth Extinction (Elizabeth Colbert). Eating Animals (Jonathan Saffron Boer). Prisoners of Geography and The Age of Genius (AC grayling).

One book you would want a first
edition of and why?
The Origin of Species by Charles Darwin because it is the biggest theory on the origins of life ever written and Letters from a Stoic (Seneca) – my ancient Greek hero and founder of stoicism.

Which author would you like to have tea with and what would you talk about?
Christopher Hitchens and would talk about geo politics, history, mortality and religion.

Which books would you take with you on a solo holiday?
Milan Kundera’s books and Alain De Botton’s books.

Your one guilty-pleasure read?
Monocle and Noble Rot Wine Magazine.

One fictional character you go to when you need a friend?
Homer Simpson.

What is one quality of a book you wish people would have?
The ability to conversate beyond daily stuff such as gossip and trivialities.

One book you wish was never
written, and why?
All religious texts as they’re the cause of most hatred on the planet.

What is one thing you cannot
tolerate when you are reading?
People on a plane watching videos without headphones.