Man gets death penalty for rape, murder of nine-year-old

The 3rd Additional District & Sessions Court at Ramanagara on Wednesday awarded capital punishment to a 35-year-old man who had raped and murdered a nine-year-old girl in August 2012.

BENGALURU: The 3rd Additional District & Sessions Court at Ramanagara on Wednesday awarded capital punishment to a 35-year-old man who had raped and murdered a nine-year-old girl in August 2012. Saleem, a tailor and resident of Goripalya in Benglauru, was charged with rape and murder of Heena Kausar in Tavarekere police limits on August 15, 2012. 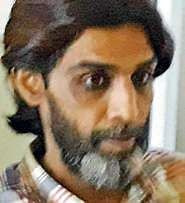 The Tavarekere police investigated the case and filed the chargesheet. Judge of the 3rd Additional District & Sessions Court, Gopal Krishna Rai T found the accused guilty and convicted him on Tuesday, reserving the quantum of punishment. On Wednesday, the judge sentenced him 10 years of imprisonment for raping the minor girl and levied a penalty of `50,000 on him. And for the charges framed under Section 302 (murder) of IPC, the judge awarded death sentence to the convict.

Public prosecutor Raghu, who argued on behalf of the government, told reporters that this was the first time in the history of Ramanagara courts that a convict was awarded the death penalty. “The prosecution examined 23 witnesses and all the witnesses gave statements against the accused. This helped in getting maximum punishment for the convict,” he added.

Saleem, who was 29 years old when he committed the offence, had gone to his elder sister’s house at Janata Colony in Tavarekere on the outskirts of Bengaluru. He was staying alone as his sister had gone to her parents’ house. The victim lived next door. The girl, then a 3rd standard student, was the daughter of Nagina Banu who worked in an incense stick manufacturing unit.

Around 7 pm on August 15, 2012, Kausar’s mother was busy preparing dinner when Saleem asked Kausar to bring beedis for him. When she returned from the shop, Saleem closed the main door of the house and had raped her before strangling her to death. Neighbours who learnt of the incident had caught him and thrashed him black and blue, before handing him over to the police.

CONVICT VENTS HIS IRE AT MEDIA
Saleem, who appeared frustrated after being awarded death penalty, vented his anger at the journalists who had gone to cover the proceedings. While he was brought out of the court complex after the judgment, he picked up stones and threw at TV cameramen and advocates. The two policemen escorting him bundled him into an autorickshaw.

Stay up to date on all the latest Bengaluru news with The New Indian Express App. Download now
TAGS
murder minor rape bengaluru