In a shocking case, a man was arrested by the Kengeri police on Saturday for thrashing his nine-year old son with a mobile phone charger cable and a belt, kicking and throwing him repeatedly.

BENGALURU: In a shocking case, a man was arrested by the Kengeri police on Saturday for thrashing his nine-year old son with a mobile phone charger cable and a belt, kicking and throwing him repeatedly. The incident occurred two months ago and was videographed on his cell phone by his wife. The incident came to light only recently after the video was leaked and went viral. 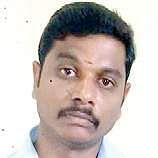 According to police, Mahendra Kumar (37), a plumber employed at Mindtree, an IT consulting firm, was arrested from his home for badly thrashing his son for bunking tuition classes.

Members of BOSCO, an NGO for children, visited the police station after Kumar’s arrest. Kavita, from the NGO, said the boy’s condition is fine now. She said the boy had not been doing his homework and was in the habit of bunking tuition classes and would instead roam with his friends.

“One day, the boy’s mother called the tuition centre and found that he had again bunked the class, after which his father beat him up. The mother allegedly shot the video so that it could be used to discipline the boy in future,” Kavita said.

The  incident was discovered by accident. Mahendra Kumar had given his phone for repairs some time after the incident. Someone at the repair centre found the video and leaked it , after which it went viral. Kengeri police first  tracked Kumar’s workplace - the Mindtree office at Global Village tech park, and from there got his residential address. The boy will continue to live with his mother.