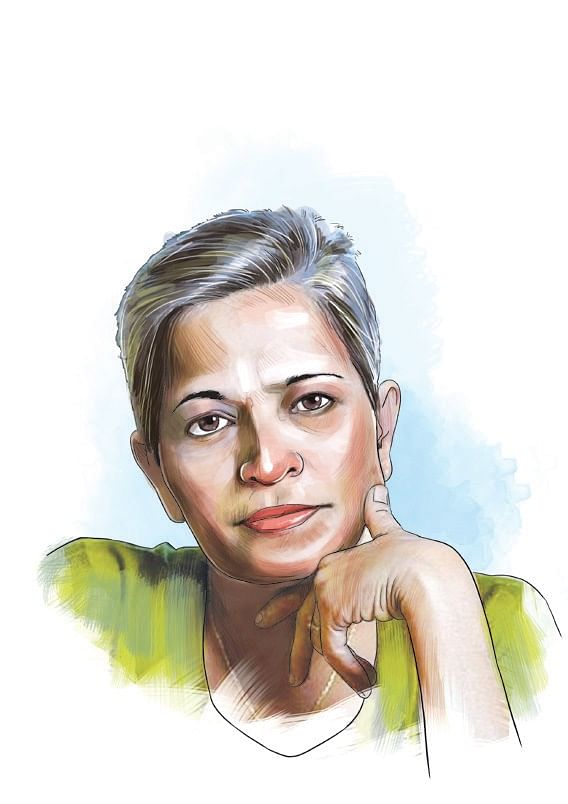 BENGALURU: The chargesheet submitted by the Special Investigation Team (SIT) probing the murder of journalist Gauri Lankesh to the court reveals that the accused persons KT Naveen Kumar and Sujith Kumar alias Praveen hatched a conspiracy for the murder after attending a religious meeting organised in Adichunchanagiri Math in Vijayanagar in August 2017.

The chargesheet has details of the allegiance Naveen had with right-wing outfits, including Sanatan Sanstha.

As per the confession statement of Naveen Kumar, a religious meeting was organised in the Math on August 19 and 20. He had attended the meeting and even Praveen had come there. After the two-day event was over, they both went to a park opposite to Adichunchanagiri Complex. Sitting on a cement bench in the park, the duo allegedly conspired and discussed various plans to finish Gauri Lankesh. As part of the probe, the SIT has also conducted spot mahazar in the presence of witnesses.

Had pestered for bullets

Syed Shabbir, who works at City Gun House in Kalasipalya, is a witness in the case and he has made a statement that about 7-8 years ago, Naveen Kumar had visited the shop and had purchased two air guns for `3,500 each within a span of a week. “He returned after a week and asked for a licensed pistol but he did not have a gun licence. When I refused, he pestered me to give bullets at least, claiming that he wants them to wear as lockets and not for any other purpose. As I was in dire need of money, I asked my friend Amjad, who worked in Bangalore Armory, to give testing wastage bullets. Three days later, Amjad gave me 18 rounds of .32 bullets. The same evening, Naveen called me over the phone and subsequently I sold the bullets for `3,000,” said Shabbir.

The statement made by Naveen’s wife, Roopa C N, reveals her husband’s link to Sanatan Sanstha. “He had taken me to a programme in Shivamogga in 2017, where he introduced me to people associated with Sanatan Sanstha. We were in touch with several of them. Naveen had started Hindu Yuva Sena in Maddur and he was the convenor for it. He used to organise religious meetings every Saturday in Maddur. A week after Dasara festival, a man associated with Sanatan Sanstha had come home and had stayed there for a week,” she told in her statement.

“My husband had attended ‘Dharma Shikshana Sammelana’ in Goa, to which around 400 Hindus were invited from across the country. Two months later, he again went to similar event in Hubballi but later I learnt that he had gone to Belagavi, of which he had not informed me. We had gone to Mangaluru, as I needed break from work. There we stayed in Sanatan Ashram and on a morning, I saw the news of Gauri Lankesh’s murder on TV. When I told Naveen about it, he just said ‘is it?’ and did not talk much,” she stated.

“Two-three months before Dasara, he had brought a pistol home and I asked him about it. He said it was a dummy gun and had kept in in a locker. On the day of Dasara, he offered puja to the pistol. He pricked himself and offered a drop of blood during the puja, saying ‘Jai Bharat Matha’. There were bullets with him, and he claimed it was to scare monkeys,” Roopa said in the statement.

The chargesheet also refers to an article published on www.sanatan.org about a religious event held by Naveen Kumar under Sanatan Sanstha’s banner at Sri Annapurneshwari Kalyana Mantap in Maddur in November, 2017. The article was published  on December 10 and was later deleted after the news of his detention was published.

EXPLAINER: Why and how the UK is experiencing a fuel crisis