Tension prevails in Whitefield after the incident, reason still unknown 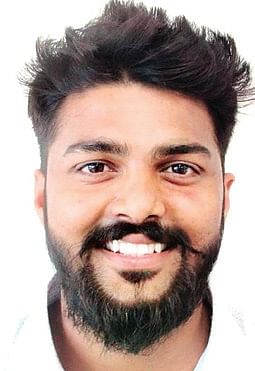 BENGALURU:A 23-year-old trainee in a big-data analytics company committed suicide by jumping from the 12th floor of his office building at the ITPL Park in Whitefield on Monday evening.The youngster, identified as Bhavesh Jaiswal from Madhya Pradesh, was employed as a trainee in big-data analytics firm Mu Sigma as a decision scientist, who was being trained to deal with collaborative approach involving mathematical formulae, business tactics, technological applications and behavioural sciences to help senior management make data-driven decisions.

The police are yet to establish the reason for Jaiswal’s extreme step. Jaiswal was living in Indiranagar along with his mother and sister.  A senior police officer said the incident occurred around 5 pm after his colleagues had left for the day. He broke open a window pane and jumped to his death. The security guards alerted police control room and Whitfield police rushed to the spot.Tension prevailed at the premises for a while after the police inspected the crime scene and the body was shifted to Vaidehi hospital for the postmortem examination.

“Jaiswal left no suicide note. His phone and laptop have been sent to the forensic science laboratory to retrieve call records and other details to ascertain whether he had sent any communication to anyone before he jumped,” said Abdul Ahad, DCP, (Whitfield).“Jaiswal had joined the company just a year ago, but the family statement is yet to be recorded. A few of his colleagues have told us that they found nothing unusual about him when they had lunch around 2 pm. We are probing the case from every angle, including workplace harassment and personal reasons,” the DCP added.

“The security guards who heard a loud noise came to see what had happened and found Jaiswal in a pool of blood. They called the supervisor who then alerted the police,” an eye witness said.The spokesperson from Mu Sigma said in a statement: “We are deeply saddened and shocked by the passing away of one of our employees. He had joined Mu Sigma in the latter part of 2017. We have informed his family, and they are understandably in a state of shock. It is too early to share further information at this stage.”

Now we are on Telegram too. Follow us for updates
TAGS
suicide

We both decided to work together for betterment of people: Delhi CM Arvind Kejriwal after meeting L-G