The Criminal Investigation Department (CID) will probe the case of  alleged irregularities in acquiring Marco Polo buses to various transport corporations in the state, said Transport

BENGALURU:  The Criminal Investigation Department (CID) will probe the case of  alleged irregularities in acquiring Marco Polo buses to various transport corporations in the state, said Transport Minister H M Revanna on Monday.A total of 94 buses were purchased during the tenure of R Ashok, then Transport Minister in the previous government. “When documents regarding the purchase of vehicles was analysed, we realised that the purchase was not done as per requirements. The case will now be probed by CID,” he said. 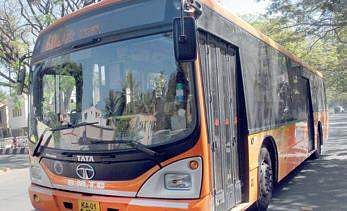 Discount extended
A discount of 5-37 per cent offered in Vajra and Volvo buses of Bengaluru Metro Transport Corporation will be extended for three more months, he said. Following the offer, there has been a notable increase in the number of people commuting in these buses. Therefore, BMTC has decided to extend the service for three more months during summer, he said.

Safety for women
From March 8 — Women’s Day — the BMTC will launch an unique initiative to ensure safety of women travelling alone in  buses, said Minister Revanna on Monday. “Under this initiative, if a woman resides further away from the last bus stop, the BMTC staff in the bus will be apprised to drop the woman near her residence to ensure her safety,” he said. The facility, which will be launched on Women’s Day, will be on request from the women commuters. He said that ‘pink seats’ installed for women in BMTC buses has been received well. Bus passes for women working in garment factories and construction labourers will also be distributed soon, he added.