As the son of an army man, Vijay Yadav grew up in different Indian cities and towns, shifting every three years.

BENGALURU:As the son of an army man, Vijay Yadav grew up in different Indian cities and towns, shifting every three years. Few hours of his TV time were spent on Flop Show, Laughter Challenge, Comedy Circus and Comedy Nights with Kapil Sharma. No wonder then that this 28-year-old, trained to be an engineer, gave up that career to follow the laughs. 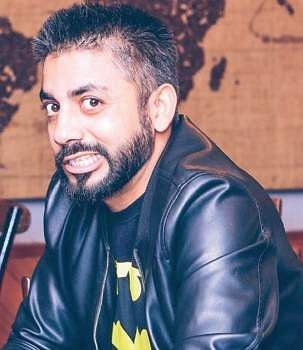 The Gurgaon-based stand-up comedian recently tasted success with his two YouTube videos receiving over a million views. He is in Bengaluru through this week; his opening show was last weekend at Blue Frog.“I didn’t have an idea what  stand-up comedy was,” says Vijay, a Haryanvi, who now lives in Gurgaon. “I wanted to be a writer and I realised that whatever I was writing had a humorous angle to it.”From being a site engineer and a software trainer to a design engineer and an entrepreneur, this 28-year-old has tried it all. He finally got his chance at an OpenMic — a platform for new comedians — and nailed it.  He left his tried-and-tested profession for the iffy waters of stand-up comedy, and it was not easy. His family was concerned about his leaving a relatively stable job. But Vijay eventually proved that he did right, when his career began gaining momentum by the end of 2017 — his two YouTube videos received over one million views.

Vijay, who loves street humour, says that the rawness of this kind of comedy, presented in both the videos, is what worked.His first show in the city, last Sunday, was based on observational comedy and had the theme as ‘Passive Aggressive Haryanvi’. For Bengalureans who dig Hindi comedy, Vijay is your go-to-guy for subtle sarcasm and lots of laughter.

Were there challenges when he started out in the entertainment industry? He says “I would like to counter that with a question… Which industry does not have challenges? You need challenges to get ahead in life. If you get too comfortable, you won’t work hard”.And yes, he says, there were challenges. “But it’s just a part and parcel of a profession,” says the comedian, who jokingly adds that “laziness without regret” is his main forté.