There are a bunch of independent comic artists in Bengaluru, all they need is a space and means to work on their art, says artist Appupen to City Express.

There are a bunch of independent comic artists in Bengaluru, all they need is a space and means to work on their art, says artist Appupen to City Express. We caught up with some of them to get an understanding of the comic art scene in the city

BENGALURU:Bengaluru-based graphic novelist and visual artist Appupen recently launched The Snake and The Lotus. Published by Westland and funded by India Foundation for the Arts (IFA), this graphic novel is set in Appupen’s Halahala universe, which has garnered a feverish, cultish following in the last few years.He has been creating a mythical world of Halahala, which started with his book, Moonward. The Snake and The Lotus is the fourth addition

to the series. A break from his silent comics, this book allows the narrator a voice in the typography that Appupen drew and developed for the work. “This book was supposed to be silent too. But the theme was too heavy for me to keep it silent. So I developed my own font and style to incorporate a little bit of text in it,” he says, adding, “The language is plain, and is not adulterated with cultural usages.”

Along with his books, the artist is also the founder of Brainded India, and is looking forward to working for independent artists in the city and the country at large. Bengaluru has a flourishing space for comic artists to grow and explore their potential, he says. With the help of the many initiatives taken up by the comic artists of the city, the artists have formed communities, groups and platforms that further enhance the scope of the art form to grow. To get a better understanding of comic artists and the comic scene, City Express spoke to some of the most promising and talented artists here.

Tell us about yourself.
Originally from Kochi, but my parents booted me out of the house at 15 in the hopes of making me more independent. I’ve lived in a bunch of cities since then, including Mumbai and Chennai. Been operating out of Bengaluru since 2009.

How did you develop an interest in comic art?
My older cousins used to have these giant handbound collections of mixed comics, and I spent most of my visits there ignoring family and reading the comics instead. Sequential art is such an instinctively engrossing way to tell a story that it was hard not to get sucked in. I guess you could say being an introvert accelerated my appreciation of the art form.

What made you chose this?
I was lucky enough to realise that I liked drawing early on, and that I had an instinct for understanding what made good art, good stories and combinations of the two. Sometimes that spills over to my work too, which is fortunate.

What are some of the recent works you’ve done?
I work with Brainded India quite a bit, you can see most of it online. Most recently, I’ve got an episodic comic called Crik-X releasing soon, which I worked on with Appupen. Besides that, I do commissioned artwork for a variety of projects, from album art to more corporate branding work.

How do you plan to go ahead with the art form?
Probably, by finding a manageable balance between the creative side and the money-making side. So far, I’m comfortable with my relationship with aesthetics and storytelling. I can see how my style is likely to grow in the near future, and know which aspects I have to work on to get there. 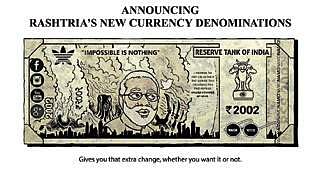 Some comic artists you look up to?
There are plenty of artists whose work has sparked a renewed appreciation of the art form, from Moebius to Mignola to Tezuka.

Any comments on the contemporary comic art scene here?
There are plenty of skilled artists out here, but the scene itself isn’t really one that provides any sustenance, at least beyond basic appreciation. It’s a niche, and making independent comics is still far from viable as a career choice. The silver lining is that, once it does get its act together and move to another level, we can be on the front row for it.

Tiffin boxes the reason I have a career: Manek D’Silva

Tell us about yourself.
I’m based in Bengaluru, but my family is from Goa, so it’s in my blood to chill on a porch and drink mango juice.

How did you develop an interest in comic art?
Back in 1st standard, everyone had pencil boxes and tiffin boxes with DragonballZ and X-Men art on them, and I would really enjoy just copying that in my notebooks. There was something very cool about the characters and style that just made me want to draw exactly like that, and I got into those. I’m always amused that tiffin boxes were the reason I have a career.

What made you choose this?
I read a lot of Tintin and Asterix comics as a kid, and grew up watching cartoons, anime and action films. Everything from Dexter’s Laboratory to Powerpuff Girls to Teenage Mutant Ninja Turtles, and everything in between has been my source of inspiration. Alongside illustration, I started getting much more involved in writing and storytelling, and comics seemed like a natural blend of both those interests.

What are some of the recent works you’ve done?
I’ve spent a lot of time on my adventure comic Bonabyl, and made it available to read as a web comic at Bonabyl.com. It’s about a blind boy struggling with his fear of darkness. I also worked with an author in Singapore on a series of light-hearted single-page comics in the vein of Calvin and Hobbes.

How do you plan to go ahead with the art form?
The next step for me is publishing the first book of Bonabyl, which will hopefully be out soon. Screens are amazing, but there is definitely something undeniably satisfying about taking a well-made book out of your shelf and flipping through the crisp pages. That’s my goal – I want to make books that deserve to be in the same library as my favourites.

Comic artists you look up to?
Appupen and Kaveri are both comic artists from Bengaluru whose work I absolutely love.

Any comments on the contemporary comic art here?
It’s always amazing to see original content coming out from the place you belong to.

Could you tell us about yourself?
I was born in Trivandrum and grew up between Trivandrum and Sharjah. I moved to Bengaluru to study at Srishti Institute of Art, Design and Technology, and eventually, I decided to stay back here. 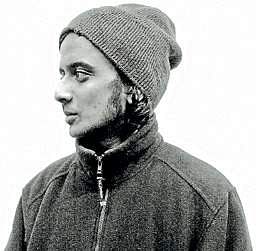 How did you develop an interest in comic art?
I grew up on a healthy dose of Tintin, Gorillaz and MAD. comics, but never thought of making comics till I joined university and tried out graphic design, illustration, public art and murals. I eventually started working with comics and graphic narratives sometime during my second year.

What made you choose this path?
I started making comics around the same time that I started hanging out and working with a few other artists living and working in Bengaluru. Appupen, Amitabh Kumar and many others inspired me and saw the potential in my work to be able to make some really weird comics. Later during my college years, I had the chance to intern with Kokaachi, an independent publishing house based in Kochi. Later, I turned my attention to self-published silent comics through zines, webcomics and so on. For my final year, I spent some time working on a few ways in which artists like myself can support our work through independent fairs, alternative printing methods and so on.

What are some of the recent works you’ve done?
Recently, I’ve been trying to break the format of a zine or comic book, and work with other formats like broadsheets, paste-up posters and so on. Earlier this year, I was invited as an artist for the Irregular Art Fair, where I’d tried to tell a story through a mural I did in the exhibition space. I’m also trying to set up a screen-print studio in my house to print my own comics so I’m quite excited for this year.

How do you plan to go ahead with the art form?
This month, I’ve been working on an event-based web comic anthology with Brainded and we’re hoping to work with some really interesting up-and-coming comic artists and really see how we can tap into Bengaluru’s independent comic scene.

Any comments on the comic art scene here?
Bengaluru’s a lovely place to work in and the scene for comics here is still quite raw, but there’s a lot of potential as well as an incredible support system for an independent artist to put their work out. From independent bookstores like Goobe’s Book Republic, beautiful printing setups like Judge Press as well as a ton of creative energy from other non-comic independent efforts with record labels operating here.