At least 11 of 25 colleges securing 100 % results have less than 10 students; one of them has just three students

BENGALURU:Though the state Department of Pre-University Education is proud of the fact that there was an increase in the number of colleges that secured 100% results in PU II exams this year, it has been revealed that many of the government colleges in this list have student strength in single digit number.
As per the data available from the department, of the 25 government colleges which have secured 100% results, at least 11 colleges have less than 10 students, and the rest below 20. 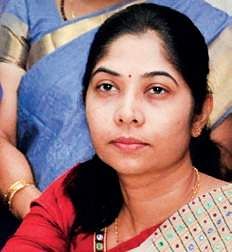 One of the colleges has just three students, while four others have only four students each who appeared for second PU exams. Even the principals of these colleges accept the truth. While talking to The New Indian Express, a principal from Ramanagara district college said, “We had just four students in PUC and training them was not difficult. The college was supposed to shift, but as it was in the middle of the academic year, the process was stopped.”

In 2018, as many as 68 pre-university colleges across the state secured cent percent results (100%) whereas last year, only 37 colleges managed to get 100% results. While the department officials are happy with the performance of the 25 government colleges, management representatives of private unaided and aided colleges have criticised it saying, “Having a single-digit student strength and coming out with cent percent results is not a big deal.”

This data is now a public document and was published on PUE department’s official website. Speaking about the data, a principal of one of the private unaided colleges in the city said, “Compare the number of students from private colleges with that of government colleges who appeared for the exams. There is a lot of difference.”  There are few more other colleges which have student strength of 14, 15, 19, 13 and 22.