With elections this weekend, team LolBagh is releasing satirical videos on political campaigning.

BENGALURU: Elections are here and social media is full of videos asking people to cast votes. However, in the lead up to the elections, political satires seem to have taken a  front seat. While a few makers admitted that they released it a day before election to only grab the attention, others said that they did not want to get into trouble and hence released the videos in the last minute.One of the most celebrated pages KEB’s (Karnataka Entertainment Board) satirical video about ‘Friends with different political ideologies’ 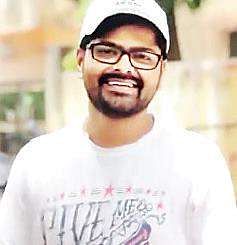 Earier, people used to respect each other’s political views but today, it is ‘only birds of same political ideology flock together.’ Makers of this video have dedicated it to ‘friends who have drifted away for the sake of their favourite political leaders’.Director Nagabhushana N S says, “I made this video out of sheer personal experience. My own friends, who stayed with me for years, now don’t even acknowledge my presence just because we have different ideologies. My point is, leaders come and go and so do parties. Only friendship lasts together. So let us not, for the sake of politics, fight among ourselves.”

The team is also planning to release another satirical video today. LolBagh team has released a video about Hampakumar Angadi’s stand-up comedy on disasters of political campaigning in rural areas. Angadi says, “While campaigning, to impress voters, a man sitting inside an auto with mic and speaker, comes up with gimmicks and rhyming words which embarrasses not just the party but even the leaders. But the speaker, unaware of the laugher riot he is causing, continues rambling. This is very common in rural areas and that’s what we’ve tried to communicate in the video.”

NamduK channel founder Shravan Narayan Aital’s vine is another interesting political satire. He carefully unravels how a voter can influence another with sops such as sarees and cookers.

Fear is the new trend
When CE spoke to a few meme page admins about the trend this election season, their response was ‘Fear’. Most of them opined that people have started taking social media very seriously and if the meme makers lean a bit in favour of or against a leader, only to induce laughter, people will let their thumbs do the talking. Admin of a popular page, who did not wish to be named, said, “We initially posted a few satirical memes and within a minute the comments section had turned into battle ground.

People start taking everything personally and start making personal attacks. Also, the threats in the inbox and comments section were so bad that we had to totally distance ourselves from political memes. Three of our posts had to be removed because a few people found it offensive. Surprisingly, this is how democracy works in India.”

Now we are on Telegram too. Follow us for updates
TAGS
LolBagh Elections social media