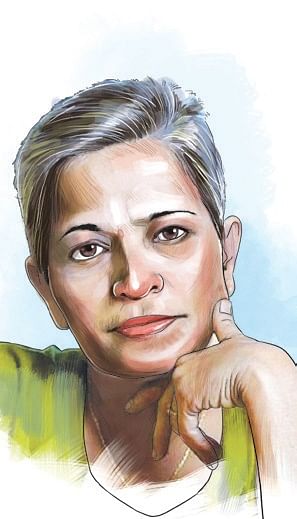 Though the SIT is said to have not mentioned the motive for the murder, it is learnt that both the accused were influenced by right-wing ideologies and could have committed the offence for monetary gains. This, reportedly, has been mentioned in the chargesheet.

“Details of the role of the accused that they provided logistic support to the killers and conducted recce at Gauri Lankesh’s house has been mentioned. Naveen knows about the complete conspiracy but he is not cooperating with the investigations and also refused to undergo narco analysis test. His telephonic conversation with some of his friends are considered as evidence. We have Praveen in our custody and we are questioning him about the case. There is no crucial information about the kingpin of the case and we are trying to track him. All these have been mentioned in the chargesheet and we will submit another chargesheet as the investigation proceeds,” an official said.

Besides, forensic, ballistics, autopsy reports and call details report of the accused are also submitted along with the chargesheet as annexures.

The accused have been booked under sections 302 (murder), 114 (abettor present when offence is committed), 118 (concealing design to commit offence punishable with death or imprisonment for life), 120 B (criminal conspiracy) and 35 (when such an act is criminal by reason of its being done with a criminal knowledge or intention) of the IPC and other sections of the Arms Act.

KT Naveen Kumar, alias Naveen (37), who hails from Kadalur village in Maddur of Mandya district and a resident of Birur in Kadur of Chikkamagaluru, was first arrested on February 18 in connection with an Arms Act case in Majestic. Later, his involvement in Gauri Lankesh murder case and conspiracy to kill rationalist Prof K S Bhagwan were established. Based on his information, Sujith Kumar alias Sujith SR alias Manjunath alias Praveen (37), a native of Shikaripura in Shivamogga, was arrested on May 20.

Gauri Lankesh was gunned down at her doorsteps at Ideal Homes Layout in Rajarajeshwari Nagar on September 5, 2017, around 8 pm.

Now we are on Telegram too. Follow us for updates
TAGS
Gauri Lankesh SIT murder journalist

Ola ordered to pay Rs 95,000 to Hyderabad man for overcharging