Footpath-riding cases on rise in Bengaluru

Regardless of citizens trying to curb two-wheeler users from riding on footpaths, the number of incidents are still quite high.

BENGALURU: Regardless of citizens trying to curb two-wheeler users from riding on footpaths, the number of incidents are still quite high. This, despite former Traffic Commissioner R Hithendra informing all DCPs to ensure the menace is stopped. However, this year, the number of violations has increased by over 2,000 cases. Experts speak to City Express on how to tackle the menace. 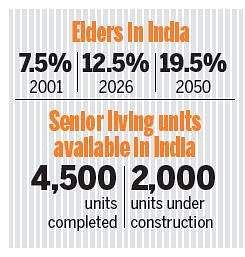 V Ravichandar, urban expert, says that the violation should come under the Criminal Act and not under the Motor Vehicle Act.

“This violation is an intent to murder, especially because footpaths are solely meant to used by pedestrians alone. The license must be suspended for a minimum of five years to prevent these violations,” he says, adding that a zero tolerance policy is necessary in this case.

Ravichandar says the pitiful condition of footpaths is also an issue.

“In Australia, there is a point-based system for traffic violations. If you cross the required number, licences are suspended. Here, when I had personally complained to the traffic police, they would either say there is not enough manpower or that the violators do not listen to them,” he says, adding that the actual numbers must be higher than the data provided by the Traffic Management Centre.

Traffic expert MN Shreehari also shares a similar view on the issue. “Self-discipline is important here. People do not have the patience to wait because of traffic jams, and hence, use the footpaths. Now that TenderSURE roads have come up, barricades for footpaths will ensure that the violators do not enter where pedestrians walk through,” he says. When asked about tackling the issue, Shreehari explains that the vehicles need to be seized for violators to understand the intensity of their actions. “Motorists must understand that their place is on the road,” he says.

While some experts add that strict law enforcement is needed, Kathyayini Chamraj, urban expert, says, “I understand that riders want to reach their destination faster. Footpaths that have been done up well is aiding them. But according to the National Urban Transport Policy, there needs to be a segregation among different vehicles, which is not done. There should be separate lanes for two-wheelers and four-wheelers so everyone can move easily,” she says.

Additional Traffic Commissioner, P Harishekaran, says he agrees that laws should be more stringent. “It is a violation when vehicles use footpaths. We have been collecting fines for that.”