Zika outbreak in India: Karnataka to step up surveillance; no cases yet

In the wake of seven confirmed cases of Zika reported from Jaipur, the health department is stepping up surveillance to check its spread in Karnataka.

BENGALURU: In the wake of seven confirmed cases of Zika reported from Jaipur, the health department is stepping up surveillance to check its spread in Karnataka. Deputy director, department of health and family welfare, Dr Prakash Kumar, told The New Indian Express: “We have no cases in Karnataka till date but we have stepped up surveillance at all major airports in the state.” 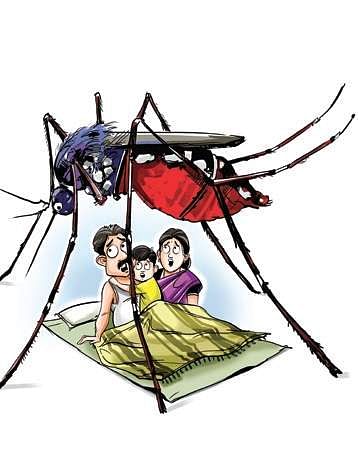 The Zika virus is transmitted through the bite of an infected aedes aegypti mosquito, which also transmits dengue and chikungunya. Screening of travellers is being done at airports of Jaipur, Ahmedabad and Bihar cities along with other countries where Zika virus has been found. “We have also taken up surveillance at the Mangaluru and Karwar ports,” he added.

Symptoms are very similar to viral illnesses including fever, joint pains, rash and conjunctival suffusion. The symptoms can be present roughly about a week after being bitten by an infected mosquito. However, since there is no treatment for Zika, it is important that one takes all the necessary precautions to stay safe,” said a consultant doctor at Infectious Disease, Columbia Asia Referral Hospital, Yeshwanthpur.

Sources said a national level meeting related to Zika virus was conducted in New Delhi on Monday. India’s preparedness to handle an outbreak of the virus was apparently discussed there. Post the meeting, an advisory is to be issued and circulated to all the states by the Indian Council of Medical Research (ICMR) and department of epidemiology, Government of India.

“After a thorough discussion, an advisory will be circulated to all the states,” said a source from epidemiology and communicable diseases in New Delhi. On October 5, the Zika virus is believed to have affected seven in the city of Jaipur, Rajasthan, of which three are pregnant women. However, Dr Prakash Kumar said, it is an extremely sensitive issue but people need not panic as we have not received a single case of Zika Virus so far in Karnataka.

“As of now there is no threat and we are continuing to conduct our sentinel surveillance in the state. So far, no positive case of Zika virus has come to light. People do not have to panic,” he reiterated.

Precautions to be taken
Since there is no vaccine to prevent Zika, the best way to avoid the disease is to protect oneself from mosquito bites. They include:

Now we are on Telegram too. Follow us for updates
TAGS
zika virus zika Karnataka