Sources in ACB also said that a lack of legal advisors was also a reason for the pace in which cases were being handled.

BENGALURU: The Anti-Corruption Bureau (ACB), which has been mired in controversy since its formation, appears to have improved its pace in terms of filing cases against officials found guilty of corruption. However, several shortcomings have delayed the pace at which cases are being disposed.
One of the main reasons, according to ACB officials, is the delay by the accused officials in providing clarification for the sources of income found during raids. 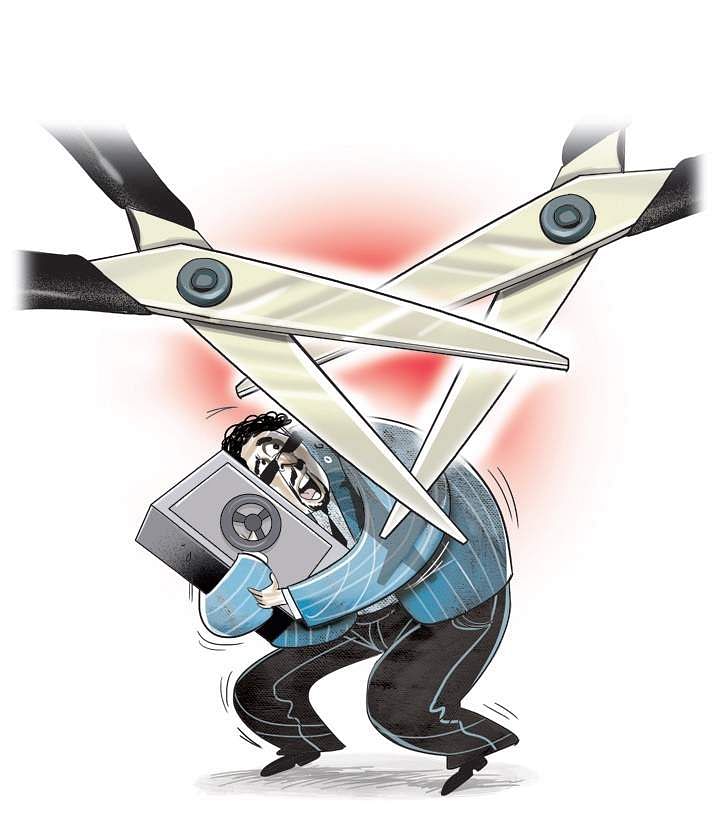 Data available with The New Indian Express shows that ACB has filed 720 cases since the agency became operational in 2016. The agency, which was mired in controversy due to its inception, had only filed 153 cases in the nine-month period during its first year of operation, arresting 130 people. Subsequently, it filed 289 cases leading to 279 arrests in 2017 and is set to file 300 plus complaints after registering 278 cases in the first ten months of 2018.

Of the complaints filed by ACB, the highest number of cases — 456 of the 720 — were filed after officials were trapped receiving bribes. During the period between April 2016 and October 2018, ACB conducted 143 raids regarding complaints of disproportionate assets of which 66 raids were held this month. The total number of arrests made from 2016 is 618.

M Chandra Sekhar, Inspector General of Police, ACB said that the agency has been able to complete investigation in more than half the cases filed till date. “As per law, ACB has to provide ‘reasonable  time’ for the accused to come up with a response regarding the source of wealth. Many accused misuse the provision to take a long time in providing a response to investigating officials,” he said. The accused send their responses when the investigating officer is about to seek prosecution sanction orders, which delays the process of filing charge sheets and commencing trial,” he said.

To a question on whether ACB had acted on top rung officials, he said that the Bureau has not received any complaints.

Sources in ACB also said that a lack of legal advisors was also a reason for the pace in which cases were being handled. ACB has about half the sanctioned strength of Lokayukta police.

Now we are on Telegram too. Follow us for updates
TAGS
Anti Corruption Bureau