Train of thought: Why I wanted to be an engine driver

BENGALURU: As a three-year-old, I wanted to be a cricketer. I’d seen my father watch cricket matches and decided to be a cricketer. I pestered him to get me a cricket bat, and he lovingly took me to a carpenter’s workshop. I got a bat ‘made’ out of wood. It resembled a cricket bat from a distance, but I wouldn’t go so far as to call it ‘customised’. It was made using the will-power of a choice-less carpenter and the wails of a stubborn child. 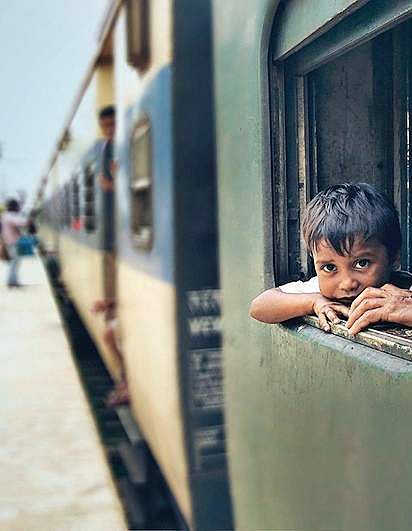 Unfortunately, a few months later, I saw Aamir Khan singing Papa Kehte Hain, and decided I wanted to be a singer. But I knew my ‘Papa’, he wasn’t as liberal as Dalip Tahil in Qayamat Se Qayamat Tak. So I turned the bat around and used it as a makeshift guitar. It was just a matter, I reasoned, till I earned money, bought a guitar, and became a rockstar.

Since then, I have been many things. I was a Radio Jockey, but my internship involved writing jingles for life insurance companies. I was a copywriter — but the worst copywriter on earth, barring the person who writes the ads for Idea Telecom. I was a theatre actor, having dabbled in Invisible Theatre, but it resulted in my career becoming literally invisible.

But my most passionate desire was to be a train driver. Trains were breathing chariots of childhood fantasies. My dream was triggered when I met my maternal uncles. A few of them worked in the Railways — we were a very ‘Indian Railways’ sort of a family. Trains themselves were a magical, fantastical mode of transportation back in the day. And the sarathi of this great adventure, were the train drivers. Could there be a more magical, a more powerful profession in the entire world, I would often ask myself.
Many years later, I commuted by train, and the AH Wheeler book stalls triggered a train of nostalgia in me. The announcements sounded the same. As if the same aunties were working in every station since my childhood.

My compartment was right in the front, near the engine. I decided to take a peek. The driver hadn’t arrived yet. People were jostling the TTE for tickets, seats, and berths. And then, he arrived!

Dressed in a black blazer over white shirt and white pant. He was probably in his early 30s. People parted ways when he arrived, and he slowly climbed onto the engine. He opened a long-book and made some notes. I continued to stand and stare, till the horn shot me back to reality. He turned around, and we made eye contact for a second. I quickly went back to my compartment, and my berth.

I wondered how my life would have turned out if I had pursued my desire to be a railway engineer. I thought of the young man, as he would set out on a journey, exploring thousands of miles, across plains, hills and rivers. As I settled in my berth, I wondered – did he ever want to be a writer?   The author is a writer and comedian