To make matters worse, BWSSB officials have no clue about the location where this mixing is taking place.

BENGALURU: Over the past two weeks, residents of Kanaka Nagar in Hebbal have been falling sick. While initially, the cause remained a mystery, it was later found that the contents of two pipelines — one for sewage and one for water, managed by Bangalore Water Supply and Sewerage Board (BWSSB) — are getting mixed and this water is being consumed by the residents.

To make matters worse, BWSSB officials have no clue about the location where this mixing is taking place. Even worse is the fact that BWSSB is not equipped with modern equipment to determine the precise location where this is happening. Families in at least 20 houses located on 14th Cross Road in Kanaka Nagar have been affected. These families have now stopped using the water and are instead using bottled water for consumption. They have suffered from severe bouts of vomiting, stomach upset, nausea and dizziness, and some even had to get admitted to hospitals. 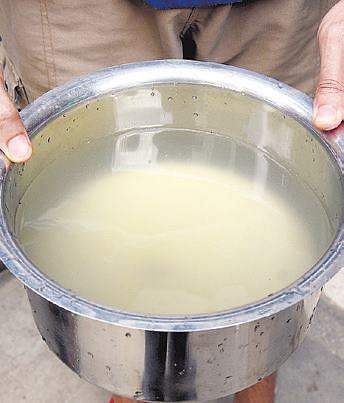 "We cleaned the overhead tanks but nothing changed," says Babu Scaria, a resident. Narrating the sequence of events, Scaria said, "Nobody understood why people were falling sick until one of the residents visited a nearby hospital and the doctor advised the resident to check the drinking water in their house. We are now using drinking water brought from outside and have stopped using Cauvery water. Else, we depend on borewell water."

Another resident, Shakila Rai, said a six-month-old baby in her apartment block was also sick and she had to be admitted to a hospital. "At least five of my neighbours are facing the same issue, including my 25-year-old-son," she said. Nishat Syed, another resident, said BWSSB had been informed about the issue. "They had fixed the issue earlier but it has recurred. This must have happened after some workers dug up the area to install optic fibre cables," he said.

BWSSB assistant executive engineer, Keerthana K, said they are working on the problem on a priority basis. "But it is difficult to find the exact location where the pipes have broken. We do not have any modernised instruments to trace it and it will take time. We will try to fix this within a day," she said.
BWSSB uses metal detectors to trace the path of the pipelines. But these can merely determine where the pipes run, not where they are broken. To find out precisely where the mixing is happening, BWSSB will have to resort to trial-and-error methods.

While the earlier leakage was traced towards the end of 14th Cross, Keerthana says that in the current situation, the leakage is at a different spot. "We just got an update that one of the sanitary pipes from a residential house might have entered the water pipeline. We are digging up that area to find out if that is the cause for the contamination," Keerthana added. BWSSB engineer in-charge Kemparamaiah also stated that the assistant executive engineer is working on it, but it could take time since it is hard to identify the location of the leakage.

Now we are on Telegram too. Follow us for updates
TAGS
Kanaka Nagar BWSSB Contaminated water