Sruthi shares her story, alleges harassment by Arjun during shoot

Talking about how the incident should not be slotted as improvisations done on the set, Sruthi says, “It is like ‘good touch’ and ‘bad touch’.

BENGALURU: With the #MeToo movement in India gaining vigour with every passing day, actor Sruthi Hariharan has now released a statement about the ‘lewd and unprofessional’ behaviour by actor-filmmaker Arjun Sarja during the making of Arun Vaidyanathan’s Tamil-Kannada bilingual Nibunan/Vismaya.
Sruthi released a statement on social media talking in detail about the incident that happened on the sets during the filming of an intimate scene. She mentioned that during the course of production, Arjun made her uncomfortable with innuendoes and ‘salacious invitations’ to meet him after work. 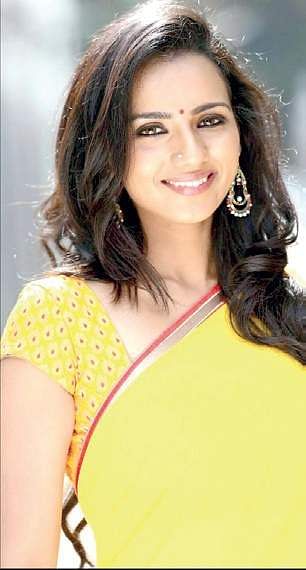 The actor said, “If I have come out with this, I have done so knowing all the consequences.” She added that it is her choice to come out with the story whenever she wants and that it is not fair to question why she is talking about the incident now.

Meanwhile, director Arun took to social media to address the harassment allegations and said in a statement that he doesn’t remember the details of the said incident, but that he remembered Arjun asking for the intimacy in the said scene to be toned down.

Talking about how the incident should not be slotted as improvisations done on the set, Sruthi says, “It is like ‘good touch’ and ‘bad touch’. As a woman, I know the person’s intent and I felt uncomfortable. I have done a lot of romantic scenes with a lot of other actors, probably much more romantic, and all those actors have only been respectable to me.”

Meanwhile, actor Shraddha Srinath took to Twitter to express solidarity with Sruthi and said that she was privy to information about this incident since November 2016 and that it was unfortunate that she had to go through this harassment.

Responding to the allegations in an interview with a private TV channel, actor-filmmaker Arjun vehemently refuted Sruthi’s claims and said, “I am a professional actor. When I got the script, there were more intimate scenes and I refused to do them. I respect the #MeToo movement, but such false statements can dilute it. Even now, I am responding only because my silence will be misconstrued as acceptance of guilt. I am going to file a case against Sruthi for her statement.”