This move came after the V-C received a call from Higher Education Minister G T Devegowda on Thursday. 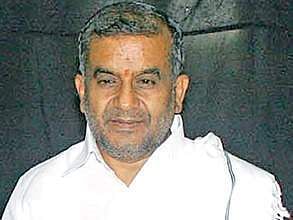 This move came after the V-C received a call from Higher Education Minister G T Devegowda on Thursday. The minister, who came back to the city after 15 days, was going through the recent newspapers when he read the news about the BU distance education official, sources said.According to the sources, the minister immediately contacted BU Vice Chancellor Prof K R Venugopal and asked what action has been initiated against the official. The woman was caught while appearing for an examination where she was the invigilator. She had not taken permission from the university while registering for the course and was caught when squad members visited the examination centre.

“The minister spoke to the VC and directed to him to initiate action,” said the source. Confirming this, a senior official from BU said they were now issuing a show-cause notice to the employee.Initially, the VC had decided to place the issue before a syndicate meeting, scheduled on November 20. However, the decision met with objections from officials. Instead, they suggested that some initial action should be taken based on prima facie evidence.

Now we are on Telegram too. Follow us for updates
TAGS
Bangalore University