Repast from a royal household

BENGALURU: A couple of years ago, former journalist Supriya Ghorpade began experimenting with  her grandmother’s carefully compiled heirloom recipes. At that point, a business venture was a far-fetched dream. But in 2017, when her grandmother passed away, Supriya took to cooking full-time as a way to heal. 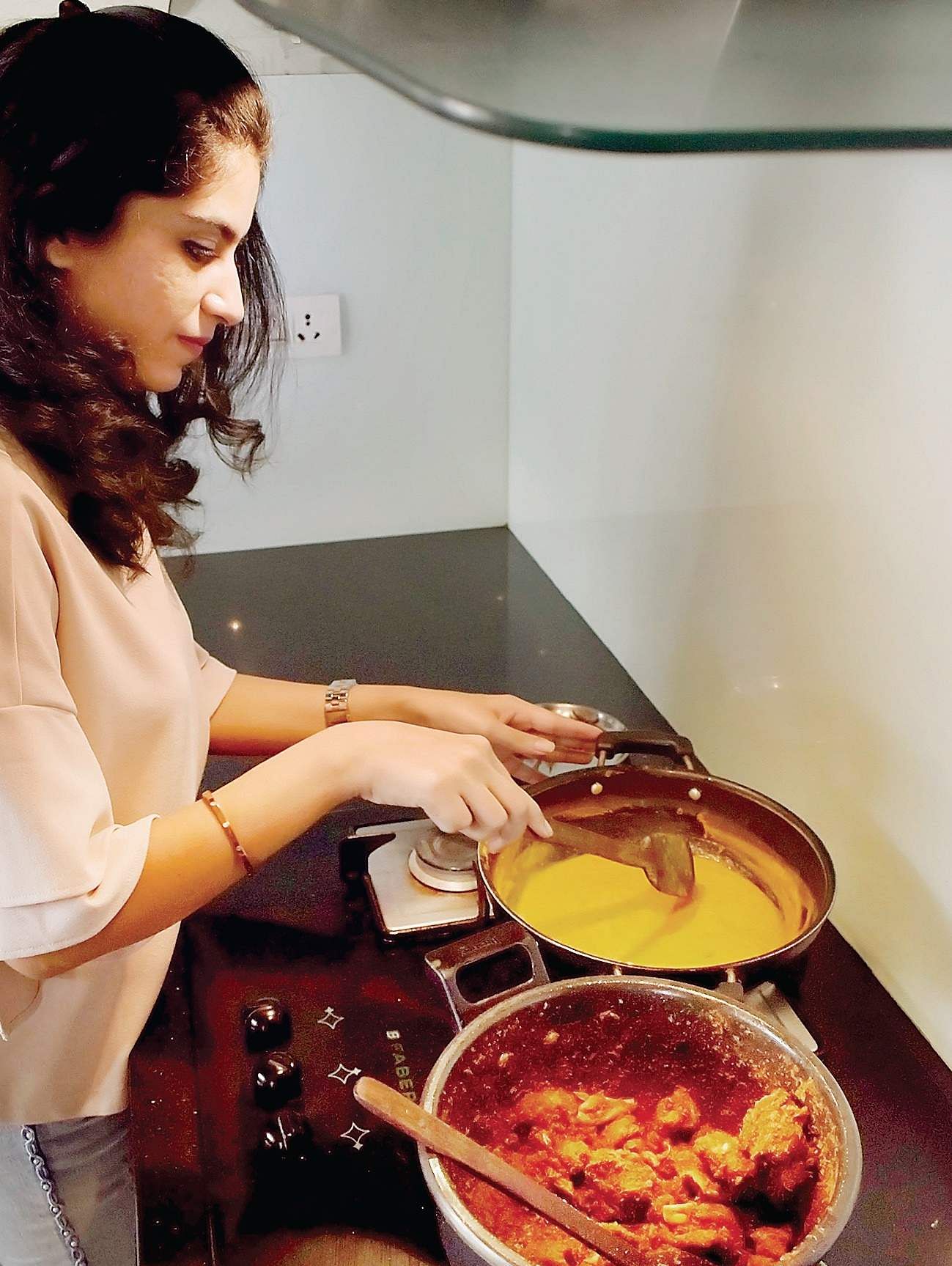 In May this year, the 30-year-old rolled out House of Ghorpade, a catering service exclusively offering Maharashtrian and North Karnataka cuisine, with guarded recipes which have been handed down over generations. “Aai loved collecting recipes and knew exactly how each dish should be done,” she says, recalling her summer vacations in Sandur, Bellary, where she used to roll out cookie dough. The grand-daughter of former finance minister and politician MY Ghorpade, admits that she hadn’t considered turning her cooking into a business venture until friends pointed out that her signature dishes were, in fact, absent in the burgeoning food market. “I haven’t come across authentic Maharashtrian cuisine in the city. And this, I thought was a niche waiting to be tapped,” says Supriya, adding, “I realised I had a treasure trove of invaluable recipes.”

The menu comprises Maharashtrian favourites such as Pandhra Rassa, an aromatic white curry of chicken or meat cooked in stock with coconut and mild spices, Tambda Rassa, the famed Kolhapuri red mutton curry, and Bharli Vangi or stuffed brinjals, a favourite among Maharashtrians, which pairs with Jowar Bhakris (available on request).

The menu also offers a taste of dishes which were created in the royal kitchens and have been an integral part of the cuisine of the Ghorpade’s of Sandur for generations. Dukkrache Lonche which was traditionally made using game meat, is a pork pickle starkly different from the ones commercially available. “Though it’s called a pickle in our family, it gets polished off in no time,” Supriya says with a laugh.

The menu also includes: Kesari Maas, shredded meat marinated and deep fried to a golden hue resembling Kesar (which is where the name comes from); dry curry dal and mutton, a unique dry mutton dish served with a special yellow dal, best eaten with rice and ghee, another staple and family favourite; Bhakar Kombdi, whole chicken marinated and cooked with a stuffing; Kadi Rassa, a flavoursome red chicken curry that’s cooked with a splash of coconut milk and robust spices, very unlike other coastal curries. The seafood dishes include prawn curry, pickle, masala and biryani. Her version of the Pandi curry is another popular dish.

“The menu includes everything I like, the way I would like it – which is spicy.  But I customise it accordingly for those who want a tempered taste,” says Supriya,who is working on adding to the list. “More vegetarian options and desserts,” she says, telling us she has recently added the typical Maharashtrian basundi to the menu.

Supriya’s family has been supportive of her venture, with her mother looking into quality control, while her brother helps with the business model. Her father is her biggest critic. “Even though he doesn’t cook, he knows exactly what’s missing in a particular dish,” she says.

It’s this perfection that Supriya follows too. “There was this particular time when the biryani wasn’t grainy enough. Even though I had just a little more than an hour to go before the delivery, I didn’t want to compromise on quality,” she says. This is probably one of the reasons, she proudly says, her customers come back for seconds.

Supriya uses an on-demand delivery service to send across orders, which can be placed in half or one kg quantities or over. Prices start from `350. To place an order, call: 98453 87172 or email: houseofghorpade@gmail.com. Connect on Instagram: houseofghorpade