The city’s population has crossed 1.2 crore, and its Swachh Bharat ranking has slid every time the survey has been conducted.

BENGALURU: The Karnataka High Court has set a deadline for Bruhat Bengaluru Mahanagara Palike (BBMP) to clean up the city. But various civic agencies face a stiff challenge to achieve it. From garbage to littering, public toilet to sewage lines, the city has a long way to go to retrieve the ‘Clean Bengaluru’ tag. 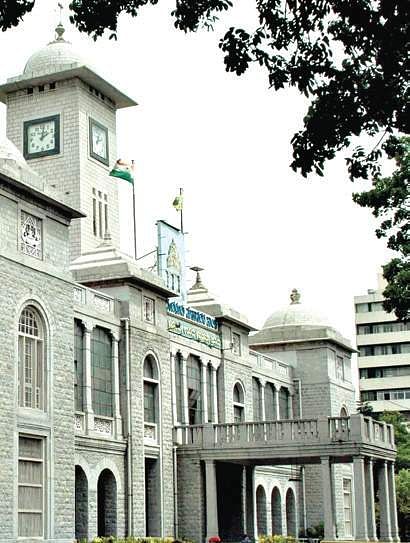 The city’s population has crossed 1.2 crore, and its Swachh Bharat ranking has slid every time the survey has been conducted. The rankings are given based on parameters like municipal solid waste, sweeping, processing to disposal of solid waste, open defecation-free, provision of public and community toilet seats and many more cleanliness issues.

Kathyayini Chamaraj, activist and urban expert, told The New Indian Express that to improve the city’s ranking, the authorities concerned should meet the parameters set by Swachh Bharat. “Ideally, they were supposed to start by September 1, so they can improve and score better in the next Swachh Bharat ranking survey which is in January 2019. But they have not started yet,’’ she said.

The high court on Thursday told the BBMP to come out with concrete and substantial results with regards to cleanliness by October 31.

However, city cleanliness does not just depend on clearing garbage. The New Indian Express points out a few issues which need urgent attention to make our city clean.

What next for BBMP?

Pourakarmikas who work under BBMP are getting salary directly to their account, thus making no intervention of contractors. However, right from pushcarts to auto tippers and compactors, BBMP is still depending on contractors. It is better to have its own equipment.

Instead of focusing on e-toilets, BBMP should find more space to construct public toilets under private public partnership.  Monitor offenders who litter or dump waste on road side by installing CCTV cameras and levy penalty Take help of marshals or recruit more people to monitor garbage dumping as well as picking waste from door.

Enforce waste segregation at source Waste disposal should be decentralised, so that waste will not be transported to different places Monitor people who dump waste to drains Enforce apartments to have their own sewage treatment plant, so that treated water is let out to drains

The city generates close to 5,000 metric tonnes of garbage, of which 40 per cent is wet waste. The garbage crisis worsened in 2012 after Mavallipura residents stopped taking the city’s waste at the landfill sites in their backyards. In 2014, Mandur landfill was also shut after the villagers protested. The same scenario was witnessed by BBMP in Lakshmipura, S Bingipura and other landfill sites. The issue even reached the High Court, and after the court’s intervention, the BBMP notified the rule — segregation of waste at source. But even after six years, city’s garbage issue has not been sorted. Mayor Gangambike Mallikarjun expressed her utter displeasure over waste segregation which slipped from 5pc (two years ago) to 25pc.

According to national guidelines set by Swachh Bharat Mission (SBM), a city with a floating population of five lakh should have one toilet seat per 100 men and two per 100 women. Bengaluru, with a population of over one crore, has just 2,838 toilets in 473 public toilet complexes. The city needs at least 1,100 more public toilet complexes, says a recent Janaagraha survey. The SBM guidelines also indicate that the city requires one toilet complex for 7km, but in Bengaluru, it is one toilet complex on every 24km stretch.   When it comes to cleanliness, the survey says 76 per cent male and 70 per cent female toilets are usable. Only 10 per cent men’s and six per cent women’s toilets have functional flushes.

In BBMP limits, there are 633 stormwater drains (SWDs) which comes to 842km. Of these, 142km are primary and 426km are secondary. The drains’ actual capacity is to hold 80mm of rain. But due to encroachment, this has reduced to 35-40mm.
Rapid urbanisation and civic agencies’ apathy, especially on the city outskirts, have led to
sewage lines from apartment complexes ending in these drains. Moreover, garbage dumped by people leads to inundation of these drains even after moderate rains. The garbage water presents not just an ugly picture, but the smell is unbearable too. The infamous Bellandur and Varthur lakes get their water from such drains.

After the High Court intervention, the city’s walls are free of posters. However, in a few places bills are still seen. Furthermore, these walls which were painted some years ago by artists are slowly starting to fade off, making it look ugly. One of the worse public practices is pan beeda stains on walls, especially at market places, due to the public’s rampant habit of spitting carelessly. “These kind of practices need to change with the people’s mindset. It is unfortunate that people who work at these places spit pan and contribute to the lack of hygiene,’’ an official from BBMP said. Another practice which lends to the defacing of walls is that of it being used as public urinals.

Now we are on Telegram too. Follow us for updates
TAGS
BBMP Clean Bengaluru Karnataka High Court