A typical cardiac care package includes blood lipid profile, where levels of cholesterols and triglycerides, in the blood are estimated.

BENGALURU: In the urban scenario, more individuals take annual preventive health checkups to know and manage their tendency for cardiovascular risk. A typical cardiac care package includes blood lipid profile, where levels of cholesterols and triglycerides, in the blood are estimated. Cholesterols are obtained from dietary sources and have normal cellular functions but their elevated levels in blood stream increase cardiovascular risk.

They are also produced by our liver. One of the most common causes of elevated Low Density Lipoprotein Cholesterol (LDL-C) levels is a genetic condition called Familial Hypercholesterolemia, FH. It is a common, potentially fatal condition caused by pathogenic variations in LDLR, PCSK9 and ApoB genes. Damaging mutation(s) in either of these genes leads to poor cholesterol metabolism/transport resulting in lack of removal of LDL-C from the blood stream. 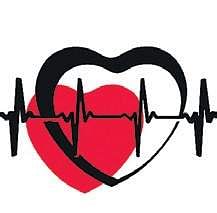 Though there are clinical examinations available for FH diagnosis, for a more precise FH diagnosis, genetic testing is recommended. Genetic testing for FH is available and is fairly simple involving a blood test, checking for variations in the three major FH genes. An expert panel convened by the Familial Hypercholesterolemia Foundation has recently recommended that genetic testing should be the standard of care for patients who have a definite or probable diagnosis for FH based on clinical factors and family history.

Genetic testing can not only precisely diagnose the possibility of FH in the tested individual, but a cascade screening for the variants in family members can also save them from untoward outcomes. Early detection of FH through genetic testing reduces the risk of early heart disease by about 80 per cent. It is also useful to identify FH families and children who have this invisible, life-threatening, yet easily treatable genetic disorder.

Understanding the exact genetic mutation can better inform the initiation and treatment of FH ultimately lowering cardiovascular risk.Cardiovascular Disease (CVD) is the leading cause of death worldwide. India has recently shown an alarming increase in CVDs in the younger population.

Dyslipidemia has been closely linked to the pathophysiology of CVD and is a key independent modifiable risk factor. FH is a severely underdiagnosed and as a result undertreated condition. Therefore, there is an urgent worldwide need for diagnostic screening together with early and aggressive treatment of this extremely high-risk condition. In India, about 1 in 125 to 1 in 450 individuals are suspected to be affected with familial hypercholesterolemia in the urban setup. If left untreated, these FH cases will result in coronary heart
disease.

– The author is a senior scientist at MedGenome

Stay up to date on all the latest Bengaluru news with The New Indian Express App. Download now
TAGS
Cardiac failure