Mira Nair was offered to direct Vanity Fair, an adaptation of the William Thackeray classic, starring Reese Witherspoon after the success of her 2001 film Monsoon Wedding.

BENGALURU: Mira Nair was offered to direct Vanity Fair, an adaptation of the William Thackeray classic, starring Reese Witherspoon after the success of her 2001 film Monsoon Wedding. She made a transition from the cosy, intimate and familiar setting of her one-million-dollar independent film to a multimillion-dollar extravagant period drama in the UK. When she took over the reins of Vanity Fair, she realized it was not going to be an easy road. In her own words, the ‘potbellied, middle-aged English men’ gave her the vibe that they were waiting for the ‘Indian woman in salwar kameez’ to slip up whenever the slightest opportunity presented itself. It was a hostile work environment. 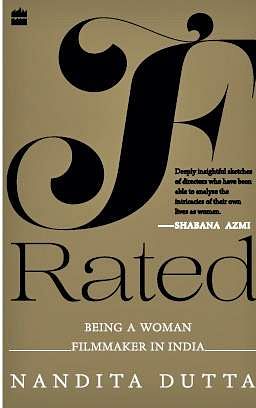 One evening when they were shooting the biggest period set scene of the film in a park in London – an oriental themed party in nineteenth-century England with a thousand extras, boats in the water, and fire and circus performers – cinematographer Declan Quinn fell ill due to food poisoning. The crew had no option but to continue shooting as everything had been organized at a grand scale and they had the permission to shoot at the said location only for a few hours.

‘All these guys – the gaffers, the grips – they were sitting and looking at me thinking, “what is she going to do now?”’ Mira recalls. She sensed malice and an uncooperative attitude hanging thick in the air. They were waiting to see if she would come undone in that situation. They were waiting for her to give up. She rang up three cinematographers she knew in London and finished the shoot with their help. ‘Then I certainly went up many notches in their estimation. It’s just not enough to know people’s names and to treat them respectfully,’ she rues.

But that was not a one-off incident of sexism. The Vanity Fair crew used to pack up early and go for drinks on Friday nights. One Friday, the climax of the film was being shot in a Georgian home – a hard and intensely emotional scene in which Reese Witherspoon was supposed to have a breakdown. The clock struck eight. ‘They said, “It’s Friday night and we are going to drink”. I told them I just need fifteen more minutes but they said “no”,’ Mira recalls. ‘I hadn’t encountered that kind of old- fashioned machismo before. But they were also so unused to somebody like me running a fifty million-dollar period movie set, that too their own classic, that they were disoriented.’

When Mira refers to herself as the ‘Indian woman in salwar kameez’, she is not being facetious. Whether she is walking the red carpet at an international film festival or running a film set in any part of the world, she cuts a strikingly pleasing and confident figure in her bright-coloured salwar kameezes, in a whole-hearted and unapologetic embrace of her South Asian origin. The two-piece attire has stuck with her since she was in her thirties. On her film sets, she wears ‘uniforms’ – pairs of  loose salwar kameezes cut and stitched from the same cloth – so that she has one less decision to take as a director. Though she thinks of it purely in terms of comfort and her love for textiles, it is hard to ignore the fact that her attire ossifies her position as an Indian woman, perhaps exacerbating the kind of reactions that the white, male crew gave her during the shoot of Vanity Fair.

With her adaptation of Vanity Fair, Mira pushed the boundaries at multiple levels. She not only helmed a big-budget English period film audaciously but also added the Mira Nair sensibility to it despite being a director-for-hire.