The aircraft Naveen was piloting had lost contact with the Plaridel Airport in Bulacan province of the archipelagic nation during a training sortie.

BENGALURU: The bodies of Bengaluru-based pilot Captain Naveen Nagaraj and his trainee pilot Kuldeep Singh, who went missing on February 4 in the Philippines after their aircraft crashed, were found on Friday, charred to death. 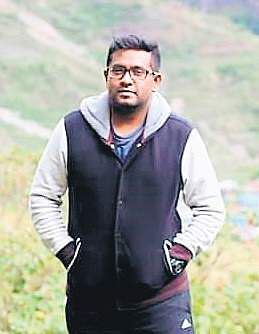 The aircraft Naveen was piloting had lost contact with the Plaridel Airport in Bulacan province of the archipelagic nation during a training sortie.Both the bodies were retrieved by search teams of Philippines’ Civil Aviation Airport Authorities (CAAP) and the army.

The joint search operation began 24 hours after the aircraft crashed in the thick forest at a location which could only be spotted using a drone. It was only on learning about the precise location of the aircraft that search teams could enter the forests and discover that Naveen and Kuldeep had died in the crash on Monday.

Thirty-year-old Naveen, a resident of Nandini Layout in Bengaluru, worked as pilot instructor with the Fliteline Aviation School.Naveen and his student were on-board a Cessna C-152 plane for training when they went missing a few minutes after taking off from Palridel airport at 7.20 am local time.

Naveen’s parents Nagaraj and Meena flew to the Philippines from Bengaluru as soon as they received news on Tuesday about their son going missing. Naveen’s body will be brought back to Bengaluru on Saturday for the last rites.

On Friday afternoon, Naveen’s and Kuldeep’s bodies were airlifted by a Philippine Air force Sokol helicopter and brought to the Command Centre at Barangay Mabiga, Hermosa, Bataan, before being brought to Orani town to be turned over to the authorities.

Naveen’s family has alleged that the search operations did not begin immediately and the authorities used the chopper three days after the mishap. The Aircraft Accident Investigation and Inquiry Board is looking into the incident.

Naveen was kind and always helpful

Speaking to The New Indian Express, Bhanu Atchula, who works with private airlines in the Philippines, said, “Naveen was a very kind person and he used to guide others. We were in contact over phone and social media. Actually, we had plans to meet within a few days, but on Friday, I was shocked to hear the news that his body was found from the forest where the aircraft crashed.”